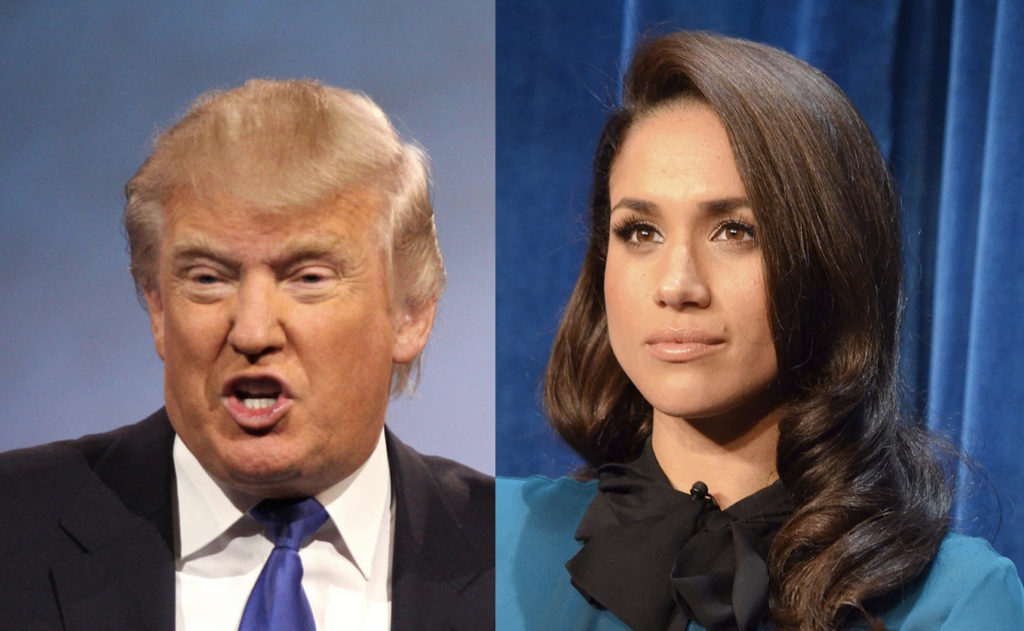 During his press conference today, Trump was asked what he thought about Prince Harry and Meghan Markle throwing their weight behind Joe Biden. Trump’s response was surreal: “I’m not a fan of hers, and I would say this, and she probably has heard that. But I wish a lot of luck to Harry, because he’s going to need it.” Wait, what?

Trump is completely ignoring the fact that Prince Harry threw his weight behind Biden, and he’s instead solely attacking Meghan Markle for doing the same, while going so far as to paint Harry as being Meghan’s victim. What kind of deranged sexist racist lunatic thinks in these terms? Donald Trump does. No wonder decent people are voting for Joe Biden.

← So that just blew up in GOP Senator Ron Johnson’s faceDonald Trump just gave away how badly he knows he’s losing →
Posting....
Scroll To Top