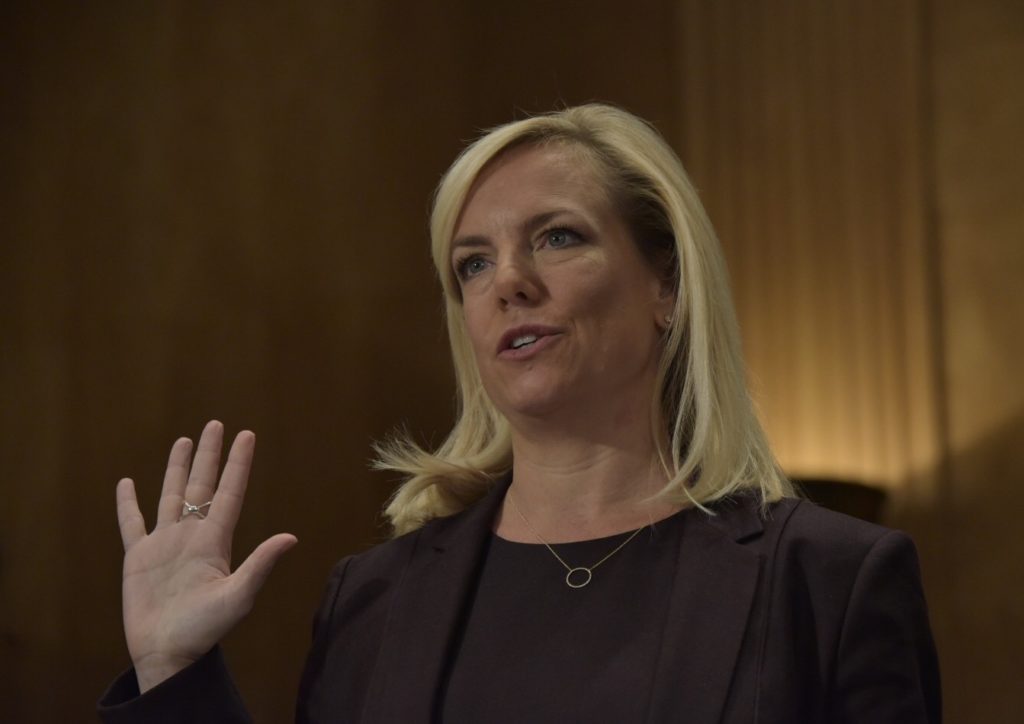 Donald Trump and his Homeland Security Director Kirstjen Nielsen are guilty of kidnapping immigrant children from their parents, locking them in cages inside concentration camps, and negligently allowing two of those children to die. The question of course is how we bring them to justice for it. As it turns out, things are now in motion when it comes to Nielsen.

The tricky part is not only drawing a line from Kirstjen Nielsen to the crimes being committed by the agents carrying out her orders, but to also establish beyond a reasonable doubt that she’s legally responsible. There’s a way around this, however. Nielsen recently testified before the House Judiciary Committee, and she made certain specific claims about her policies. But Democratic Senator Jeff Merkley had already published evidence showing the opposite. In other words, Nielsen committed perjury – and Merkley just rang her up for it.

Senator Merkley has sent a letter to FBI Director Christopher Wray, asking him to criminally investigate Kirstjen Nielsen for perjury, which is a felony. If Wray finds that Nielsen did perjure herself, he can refer it for criminal prosecution – which would realistically end Nielsen’s ability to remain in office. It would also put her in a position where she’d need to cut a plea deal or take her chances at trial. Perhaps more importantly, the perjury investigation could produce the kind of evidence that would allow Nielsen to be criminally charged in the kidnapping and deaths of these children.

The question of course is whether Director Wray will take Senator Merkley’s request seriously. Although Donald Trump clearly appointed Wray in the hope he would obstruct justice on Trump’s behalf, all the publicly available evidence suggests that Wray has shown no interest in doing Trump’s personal bidding. As such, we can’t imagine he’d try to improperly protect Kirstjen Nielsen either. We think she’s in real – and perhaps imminent – trouble.