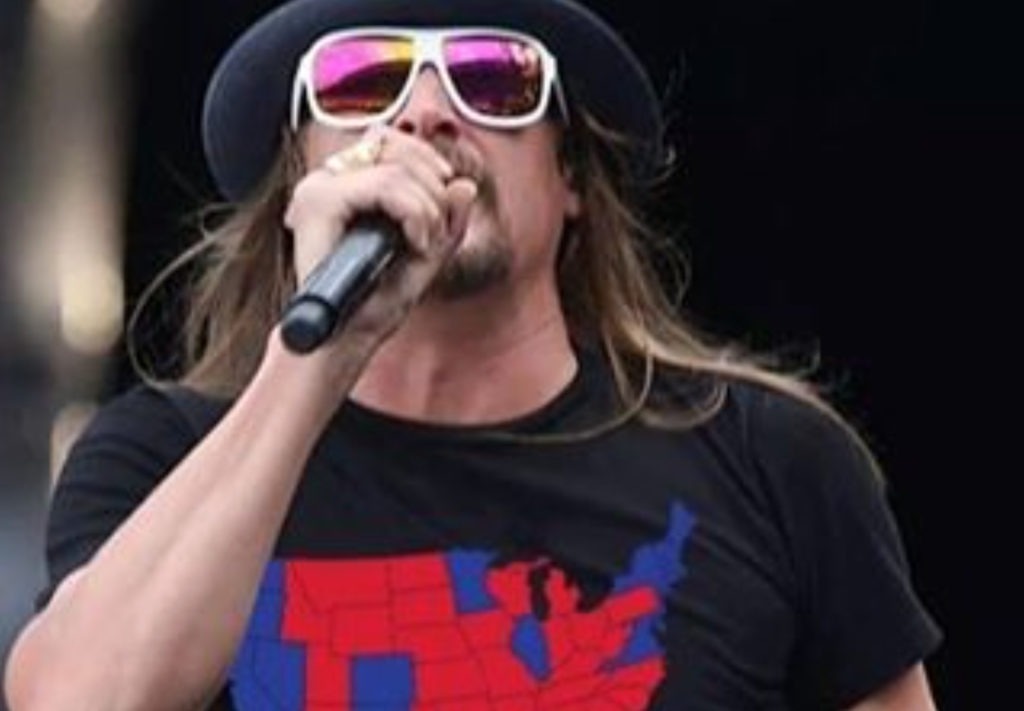 It’s generally not a good look when you ascend all the way to President of the United States and you’re so toxically unpopular, you still end up having to hang out with people like Kid Rock – yet that’s the sad reality that Donald Trump finds himself in. Today, Kid Rock reminded us of why he’s a supporter and golfing buddy of Trump: they’re both garbage.

Kid Rock, whose real name is Bob Ritchie, posted this highly offensive tweet today for no good reason: “Taylor Swift wants to be a democrat because she wants to be in movies….period. And it looks like she will suck the door knob off Hollyweird to get there. Oldest move in the book. Good luck girl.” Then, in an apparent effort to make sure no one thought he’d been hacked, he made a point of signing his tweet with “- Kid Rock.”

Suffice it to say that the responses to Kid Rock’s tweet were anything but cordial as he got ripped to pieces. John Fugelsang provided a needed moment of levity when he tweeted “If Kid Rock really does run for the US Senate I promise I will run against him – after changing my name …to Kid Paper.”

Kid Rock grew up as a wealthy child of privilege in Michigan, yet he panders to low income conservatives by pretending he comes from a blue collar background. That’s his problem, of course. But when he crosses the line with this kind of misogynist tweet, and when he continues to support Donald Trump’s white supremacist domestic terrorist agenda, Kid Rock becomes America’s problem. It’s time to boycott his music in its entirety.