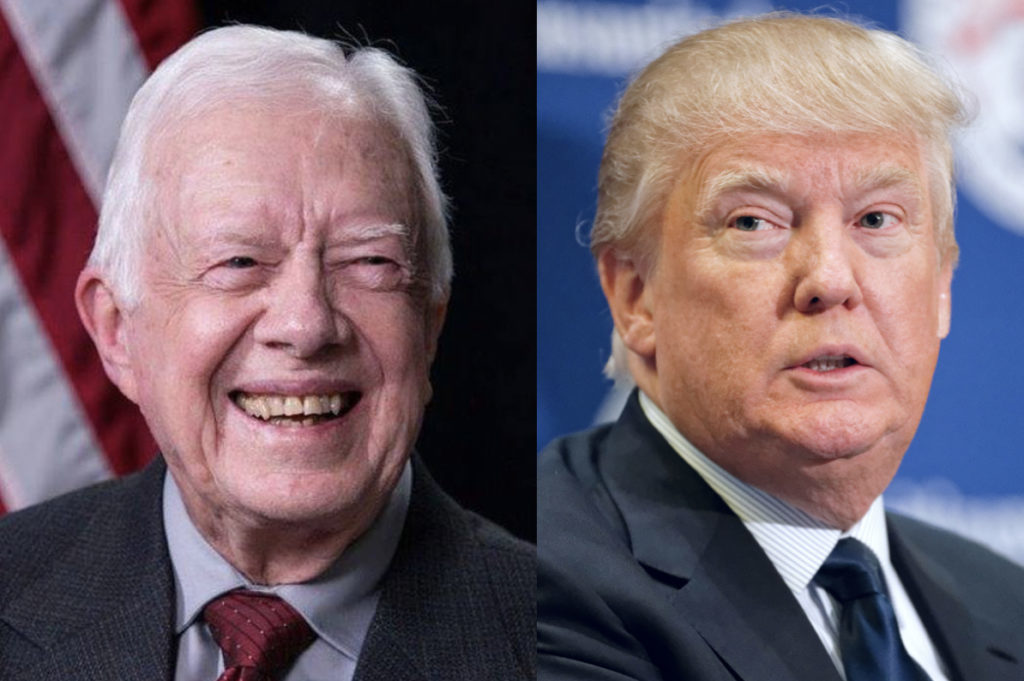 Politicians and pundits have long seemed afraid to cross a certain line when talking about Russian interference in the 2016 presidential election. Whether they are afraid of appearing partisan or inciting Trump’s wrath, many in politics and the media have avoided engaging in a candid talk about the actual effect Russian interference had on the election. Fortunately, this line is starting to see signs of erosion, thanks in large part to a refreshing bit of courage on the part of a peanut farmer who knows something about elections.

At an event at a Carter Center retreat in Virginia yesterday morning, President Jimmy Carter replied to historian Jon Meacham’s request for a comment about Russia’s interference “with one of our human rights, which is the right of free and fair elections.” Carter began by stating that he has “no doubt that the Russians did interfere in the election.” So far, Carter was simply echoing the consensus view of America’s intelligence agencies, which Special Counsel Robert Mueller put in stark terms in his recent report in which he described Russia as having interfered “in sweeping and systemic fashion.”

Carter then waded toward the line into murky territory, hinting at what this implies: “And I think the interference, although not yet quantified, if fully investigated would show that Trump didn’t actually win the election in 2016. He lost the election and he was put into office because the Russians interfered on his behalf.” Carter was probably finished with his answer, but Meacham did not want to leave the audience having to connect the dots. He then pressed Carter right up against the line: “You say you believe President Trump is an illegitimate president?”

Carter’s hesitation made the audience laugh nervously, recognizing that the former President now had a choice to make: step back from the precipice or go on record to state what so many refuse to say out loud. Fortunately, Carter went with the latter: “Based on what I just said, which I can’t retract,” he said, adding a chuckle to the audience’s growing laughter, “I’d say yeah.”

Speaking at a news conference at the G-20 Summit in Japan today, Donald Trump admitted he was “surprised” by Carter’s comment, slamming him as “terrible” and “the forgotten President.” Former Senator Jeff Flake, who likes to think of himself as some calm and wise voice of reason, tweeted last night: “This is an awful thing for one American President to say about another. Argue that he shouldn’t be reelected, sure, but don’t say that he wasn’t legitimately elected.”

Sorry, Flake. It is true that no one knows the exact extent to which Russian meddling affected the outcome of the election. But Trump’s own government has told us that Russian interference has happened, and obviously it had a significant effect. The legitimacy of the 2016 election is itself a legitimate topic, and others should follow Carter’s brave lead to help finally dismantle this ridiculous taboo.

228
SHARES
Facebook ShareTwitter ShareEmail this articlePrint Article
LinkedinGoogleWhatsappPinterestRedditStumbleuponBufferTumblrPocketLine
← Finally, someone sticks it to Vladimir PutinKamala Harris’ opponents come to her defense after Donald Trump Jr launches deranged attack on her →
Leave a Comment