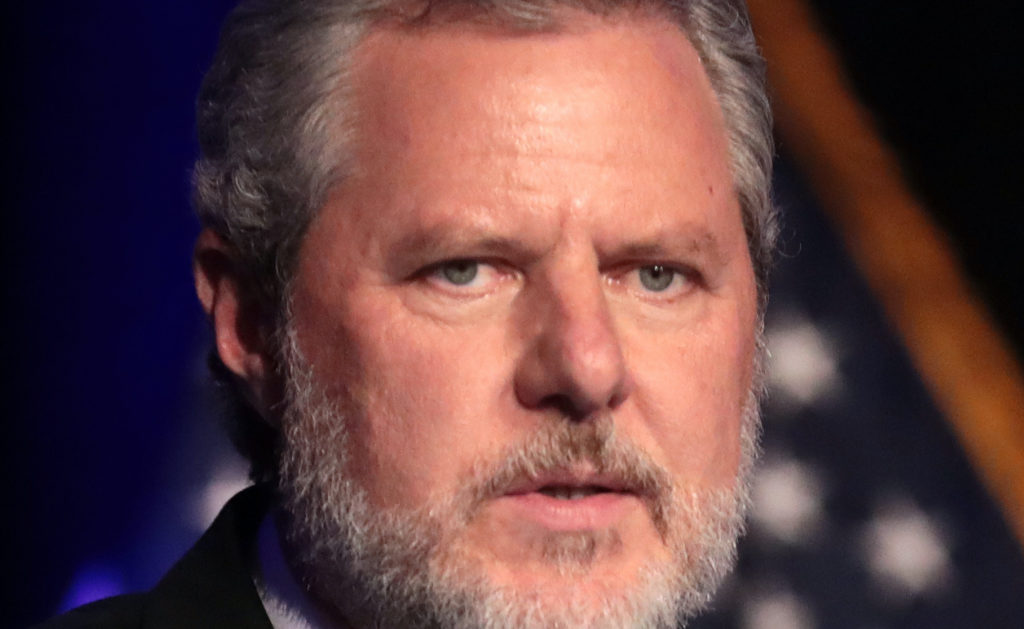 From the arrest of Steve Bannon, to the resignation of Kellyanne Conway, to Eric Trump’s legal troubles in New York, it hasn’t been a good week for people who support Donald Trump’s corrupt illegitimate presidency. Now another key Trump ally, Jerry Falwell Jr, is seeing his life implode in real time.

Earlier today Reuters confirmed the longtime rumors that Jerry Falwell’s wife had sex with a Miami pool boy while Falwell watched. Now this evening, Religion News is reporting that Falwell has resigned from from his position as president of Liberty University. Falwell was already on indefinite leave after photos recently emerged of him with his fly open.

Should you care about what goes on in Jerry Falwell’s consensual sex life? Probably not. But there are two reasons why this story is relevant. First, Falwell has destroyed a whole lot of lives by pushing a warped version of Christianity at Liberty University, and it turns out he didn’t even believe in the crap he was pushing. Second, Falwell has long been Donald Trump’s political conduit to the far-right “evangelical” Christian world – and now, with barely two months to the election, Falwell is suddenly off the stage. Update, 9:15pm: Falwell now claims he hasn’t resigned. Awkward.