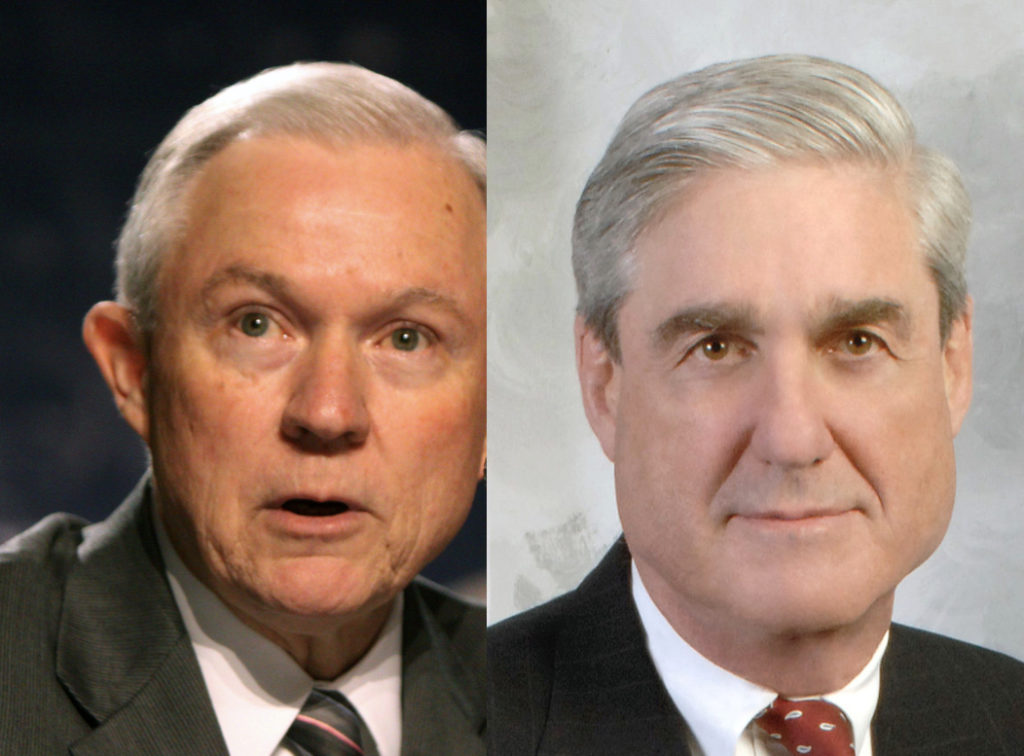 What do Donald Trump and Jeff Sessions have in common? They’re both racists. They’re both corrupt criminals. They’re both neck deep in the Russia scandal. And now they’ve both been caught up in a new criminal obstruction of justice scandal which stems from their equally paranoid desire to cover their tracks in the Russia scandal. Not only did they fail to achieve their goal, the whole thing just became public, exposing them both to even deeper criminal liability.

Trump fired FBI Director James Comey last year in the hope of sabotaging the bureau’s Trump-Russia investigation. That turned out poorly for Trump, as it directly resulted in the appointment of Special Counsel Robert Mueller to take over the investigation. It also placed Trump on the hook for obstruction of justice, which might end up being the first criminal charge proven against Trump, and thus what takes him down. It did give Trump the opportunity to hand pick a new FBI Director whom he believed would protect him in the Russia scandal.

Trump chose Christopher Wray. That’s turned out to be a surprisingly good pick for America, and a bad pick for Trump. When Trump and Sessions recently decided that longtime Deputy FBI Director Andrew McCabe needed to be fired in order to sabotage the Trump-Russia investigation, they asked Wray to do it. Instead, Wray refused to comply, and threatened to resign (link). Trump and Sessions then backed down, leaving Wray and McCabe on the job. Why is this so important?

Simply put, Donald Trump and Jeff Sessions just committed obstruction of justice. They clearly tried to oust McCabe in the hope of preventing their own crimes from being exposed. This kind of obstruction is a felony itself. We know that Robert Mueller is building a comprehensive obstruction case against Trump, and this will make that case even stronger. More importantly, Mueller finally has an ironclad obstruction case against Sessions. He can, and likely will, use it to force Sessions to cut a plea deal against Trump.