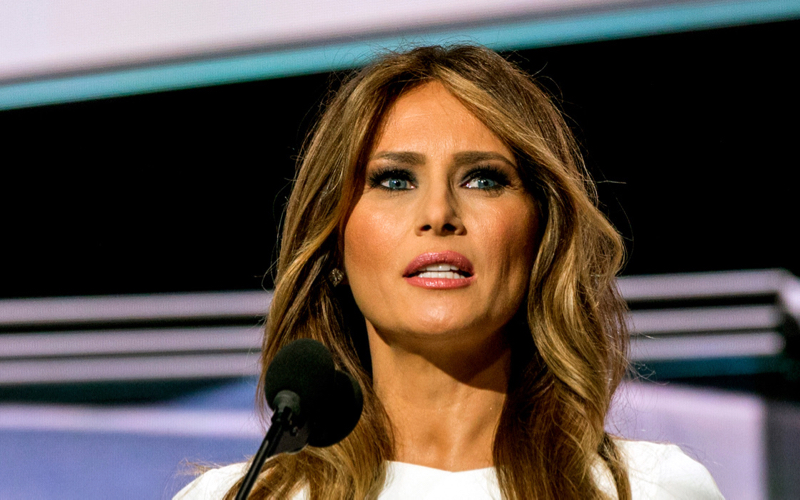 During the course of Melania Trump’s two week long disappearance, Donald Trump and his White House have been telling increasingly absurd lies aimed at covering up the real reason she’s gone missing. Now information has begun leaking out from sources close to Melania, and it’s taken the story from a dark joke to something more jarring.

It’s been clear from the start that something wasn’t right. The White House claimed in advance that Melania Trump would need to be hospitalized for multiple days for a kidney procedure that doesn’t require that length of a stay. Then last weekend the White House refused to answer reporters’ questions about whether Melania was still in the hospital. Early this week Trump announced on Twitter that Melania (or “Melanie” as he called her) was back at the White House. Then yesterday he told a group of assembled reporters that Melania was staring at them from a White House window, and those reporters have since confirmed that Melania was not in the window. But now it’s gotten even stranger.

Here’s what someone close to Melania Trump has told entertainment publication Hollywood Life: “It’s been a hideously stressful past few months, and Melania needs a break out of the media glare to recharge her batteries and take stock.” Wait a minute now. This confirms that there was never any kidney problem; this is some kind of mental health break. It’s been fairly obvious from the start that this has probably been a mental health issue, but due to the sensitive nature of the situation, we’ve gone out of our way not to explicitly say it. Now one of Melania’s own people is flat out admitting it.

It’s the “take stock” part that piques our interest. Maybe you see Melania Trump as a victim of Donald Trump’s monstrousness. Maybe you see her as complicit in his crimes. Maybe you don’t care about her one way or the other. That’s all your prerogative. But when an illegitimate President of the United States is falling to pieces as a result of the criminal scandals that are taking down everyone around him, and his wife is saying things like she needs to “take stock,” it sounds like she’s considering leaving him. A failing marriage is the last thing Donald Trump needs right now, and it impacts his ability to deal with his worsening scandals.