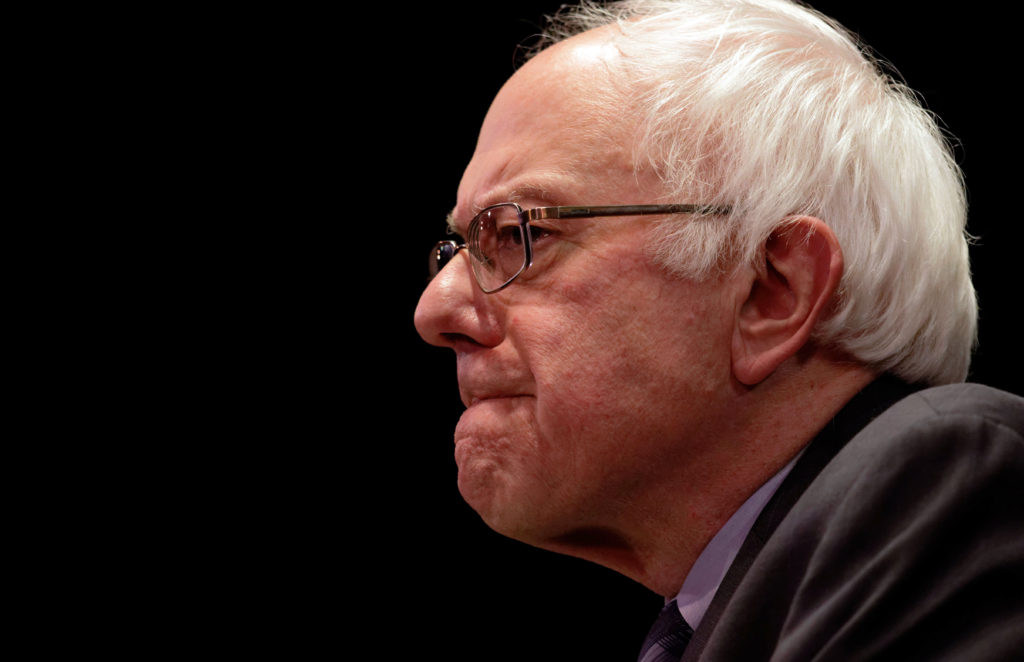 Vote blue no matter who. That’s the popular slogan among those Americans who understand the importance of voting for the Democratic nominee over Donald Trump in 2020, no matter which candidate ends up being the nominee. This is good, solid advice. I’d vote for the measles over Donald Trump, and you should too. But I’m going to tell you something: if Bernie Sanders is the nominee, we will lose the general election.

Sanders fans keep pointing to national polls which show that every Democratic candidate is currently holding a lead over Donald Trump. This is true. But poll numbers can change – and if Sanders ends up being the nominee, they will. This is a guy who (incorrectly) calls himself a “socialist.” This is a guy who spent his honeymoon in Russia. This is a guy who wrote bizarre rape fantasy fiction in his youth. He’s never been properly vetted in any election he’s run in. But if he’s the nominee, Trump and the GOP will suddenly start pushing all of the above, and they’ll destroy him. But if you don’t want to take my word for it, just ask Vladimir Putin.

The Washington Post reported today that the U.S. intel community informed Bernie Sanders a month ago that the Kremlin is trying to rig the Democratic primary race in his favor. Why on earth would Putin want Bernie to be the nominee? Simple: Putin knows that Bernie can be taken down at the drop of a hat. Not only would Trump win over Bernie, Trump would likely win forty states over Bernie. It gets worse.

Bernie Sanders is a guy who recently had a heart attack. In case that’s not enough to get your attention in these increasingly chaotic times, he recently had a heart attack. He’s also refusing to release his detailed medical records, and is asking us to instead take the word of his doctor, who wrote a letter. Wait, didn’t Trump try that same trick after everyone started questioning his health?

Bernie has also put together arguably the worst campaign staff of any major presidential candidate in memory. His 2020 campaign is being run by lying idiots like professional troll David Sirota, clueless adviser Nina Turner, and press secretary Briahna Grey – who is so bad at her job, she went on TV this week and falsely claimed that a competing candidate had a heart attack. Are we supposed to believe that these nincompoops are going to be able to put together a campaign strategy smart enough to work around Donald Trump’s antics?

Bernie’s most competent 2016 adviser, Symone Sanders, has since gone on to work for one of Bernie’s opponents in 2020. She’s gotten to know Bernie better than anyone, and now she’s working full-time to try to prevent him from getting the nomination. What does that tell you?

If Bernie Sanders ends up with the Democratic nomination, I will personally go door to door campaigning for him, just to try to get Donald Trump out of office. So will a lot of other people who know Bernie is an idiot, but understand that Trump is far worse. But there’s no getting around the fact that Bernie is a disaster. If he ends up being the nominee, we’ll be stuck with four more years of Donald Trump. Just ask Vladimir Putin.