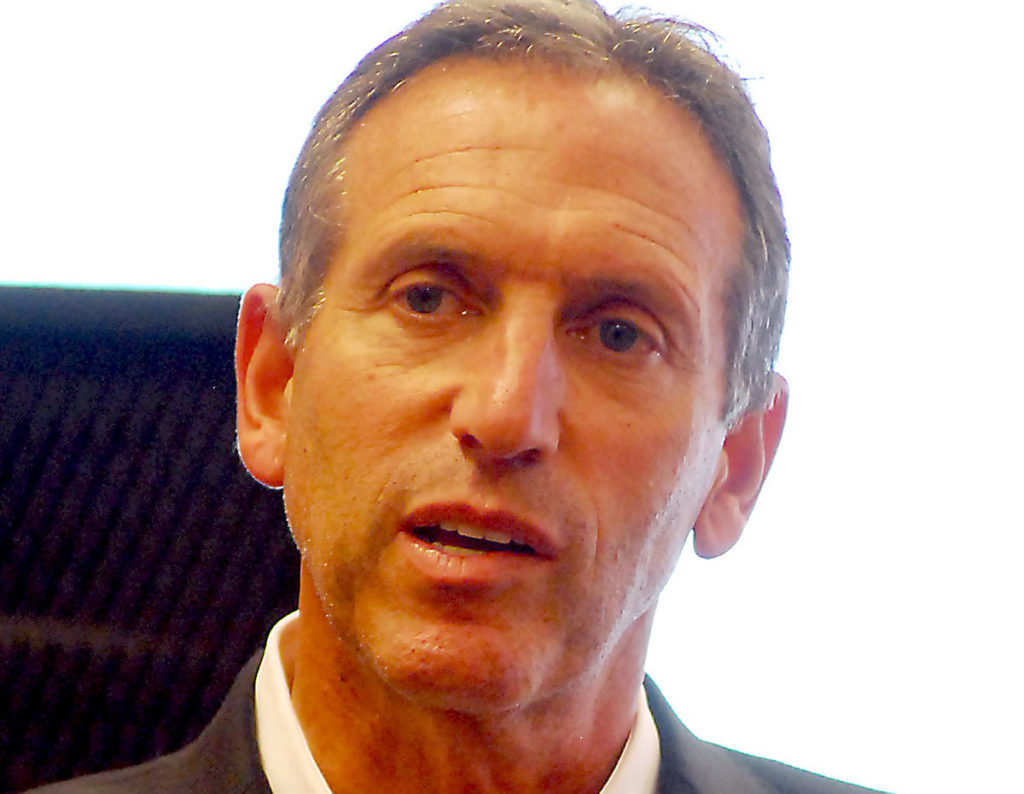 Starbucks founder Howard Schultz has spent months running a terrible unofficial 2020 campaign for president, and despite an outsized amount of media coverage, he’s gained almost no traction during that time. Now he’s basically dropping out of the race – and his explanation is potentially revealing.

Howard Schultz announced today that he’s suspending his campaign and laying off nearly his entire staff. He’s citing three recent back surgeries as the reason. Back surgery is a serious matter and can lead to a lengthy recovery period, so it would be unfair for us to merely assume that Schultz is using it as an excuse to end his failing campaign – if not for the caveat he added onto his explanation.

Schultz may decide to get back in the 2020 race later, but only if someone other than Joe Biden is the Democratic nominee, according to Amanda Terkel of the Huffington Post. Wait, what? You don’t suspend your campaign strictly for medical reasons, if you’re also preemptively admitting that you only plan to reactivate your campaign if the current frontrunner falls by the wayside.

Back injuries suck. We wish Howard Schultz a swift recovery on that front. At the same time, his own explanation makes it fairly clear that he’s been looking for a way out of his failing campaign, and if not for his back problems, he’d have found some other reason to drop out. The real upshot here is that the public just wasn’t interested in a middle of the road third-party 2020 candidate who seemed more interested in attacking both sides than in stopping Donald Trump’s reign of terror.