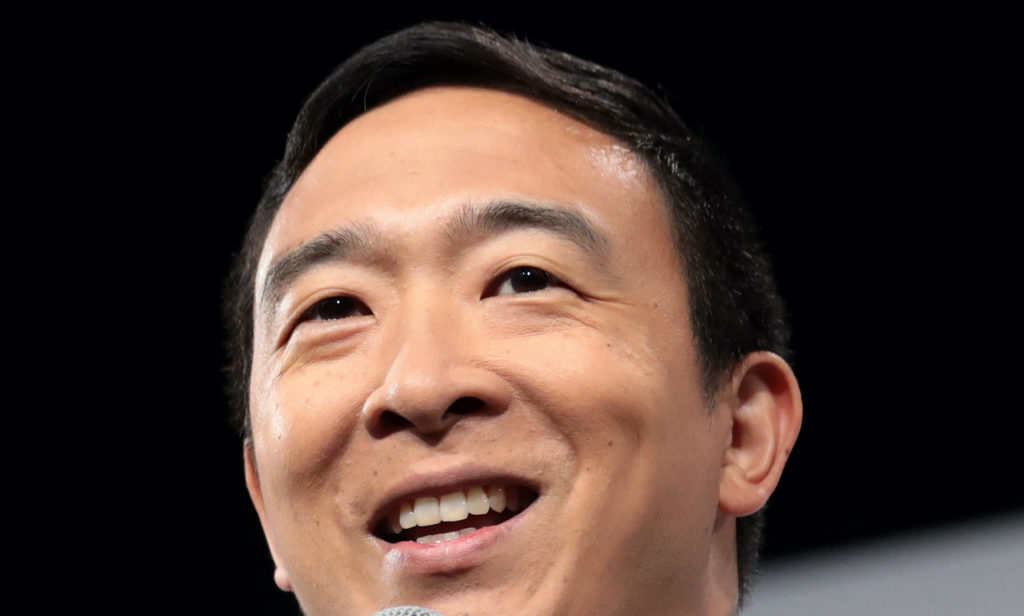 Andrew Yang is “quitting” the Democratic Party and launching some new third party that’ll never gain any traction – but the controversy he’s creating will surely sell some copies of his divisive new book. Given that Yang is now trying to sabotage the Democratic Party on a national level, it’s time to talk about how he already did this same thing in New York.

I’m not sure the nation is aware of how badly Andrew Yang destroyed the Democratic primary race for Mayor of New York City this year. His bumbling, no-effort vanity campaign got all the media attention, so qualified candidates got no attention, and corrupt candidates got no vetting. Then at the end Yang imploded in spectacular fashion.

The media deserves blame for sure. But Yang knew what was going on. At some point he pretty clearly decided, consciously or subconsciously, that he didn’t really want to win. But instead of dropping out, he kept hogging the media attention while saying increasingly stupid things that he had to know were going to tank his chances.

By the time everyone figured out Yang wasn’t going to win, it was too late for qualified experienced candidates like Garcia, Stringer, and Wiley to get traction. Contrary to popular belief, they ran solid campaigns, but the New York City media and the national media mostly just ignored them. Then, once Eric Adams pulled into the lead last minute, all kinds of scandals surfaced about him, but there wasn’t time for those to be properly covered or for voters to hear about it all.

And so Eric Adams accidentally won, even though the vast majority of people voted for someone else, and even a lot of Adams voters came to immediately regret it after hearing about his scandals and of his egregious past positions. He’ll probably be a lousy mayor, and with his scandals, will he even get to finish his term? We’ll see. For the sake of the city, one can only hope he can pull it together.

Again, blame the media for having a job to do and not doing it. But the media is always like this. Andrew Yang knew full well he was sabotaging the Democratic primary race by hogging all the attention for what turned out to not even be a real campaign on his part. He had to know that the fallout was going to be disastrous for New York. He apparently just didn’t care.

Right after Yang lost, he came out with a book attacking the Democrats, quitting the party, and starting his own third party. Does this sound like a guy who had any intention of really trying to win a Democratic primary for Mayor? When did he start writing this anti-Democrat book?

Being mayor is hard work, a thankless job, and unprofitable. Publishing a controversial high profile book makes you millions of dollars and you never have to work again. Was Yang’s entire NYC Mayor campaign all about setting up his book, or just the latter parts of it?

To be clear, other things went wrong in the primary race. The media negligently chased ratings with Yang as usual. And ranked choice, a good system in theory, only ended up taking away the one failsafe – a democratic primary runoff between the top two candidates – that in any previous year would have fixed this mess. We’d be seeing a primary runoff between Adams and Garcia, which Garcia would win given Adams’ scandals, and all would be fine.

But it was Andrew Yang who took advantage of the media’s inherent desire to give all the coverage to the most idiotic candidate. It was Yang who stayed in the race long after it was clear he didn’t want to win. It was Yang who turned the Democratic primary race into a de facto book tour.

And now that Andrew Yang has negligently and selfishly destroyed a Democratic primary race in America’s biggest city, he’s cashing in with a book that lays the blame for his own failures at the feet of the Democratic Party. You can’t get much more blatantly awful than that.

Yet the media, with very few exceptions, is doing nothing to hold Andrew Yang accountable for his mess. Instead they’ve rolled out the red carpet for his book tour, everywhere from CNN to Fox News. They’re helping make him rich. Why? Because he’s good for ratings. Just bad for America.

Was Andrew Yang always a con artist who was only ever looking to use politics to boost his ego and fortunes? Or did Yang start off meaning well, until he realized he was bad at politics but good for TV ratings, and the media corrupted him at that point? You’ll have to decide.

Either way, the Andrew Yang NYC Mayor debacle stands as Exhibit A of why it’s so dangerous for outsiders who are clueless about politics to just wander in and shit all over the election process, and for the media to see them as an opportunity to boost ratings.

Trump, Yang, Ben Carson, Marianne Williamson, JD Vance. We’re in a crisis where outsiders run stunt political campaigns to boost their wallets while willfully destroying the electoral process. But the media won’t expose this crisis, because the media benefits from this crisis.

What can be done? Stop letting the media feed you fake stunt candidates on a silver platter; change the channel so they’ll have to find some more legitimate way to get ratings. And stop supporting worthless outsider candidates just because you want to stick it to the system.

Also, stop pretending these outsider candidates have good ideas. They don’t. They have theoretical ideas that sound good in a debate soundbite but would never work in practice. Politics and governing are hard, even for qualified people. It’s impossible for unqualified amateurs.

“But Palmer, why don’t you just try to work with people like Andrew Yang?” Yang followed me on Twitter for all of 2021. He never once reached out to me about his mayor campaign. But he did reach out to ask where he could send me a copy of his book. So he was clearly interested in working with me – but only on something important to him like promoting his book, not on something as meaningless as running for major public office. How am I supposed to even work with a guy like that? (after I publicly criticized his book, he unfollowed me anyway).

But this isn’t about Andrew Yang. He cashed out with a divisive book because he knows he’s washed up in politics anyway. We won’t hear from him again. This is about the media continuing to give all its coverage to absurd stunt candidates. It won’t stop until we stop tuning in for it. Yang is certainly no Donald Trump. But he’s proof that even the Democratic Party is vulnerable to stunt candidates trying to hijack its primaries for the sake of selling books – and that’s a reliable recipe for disastrous results for everyone involved.

← Turns out those claims of President Biden’s collapsing approval rating are indeed fakeDomestic terrorism and the 2022 midterms →
Posting....
Scroll To Top