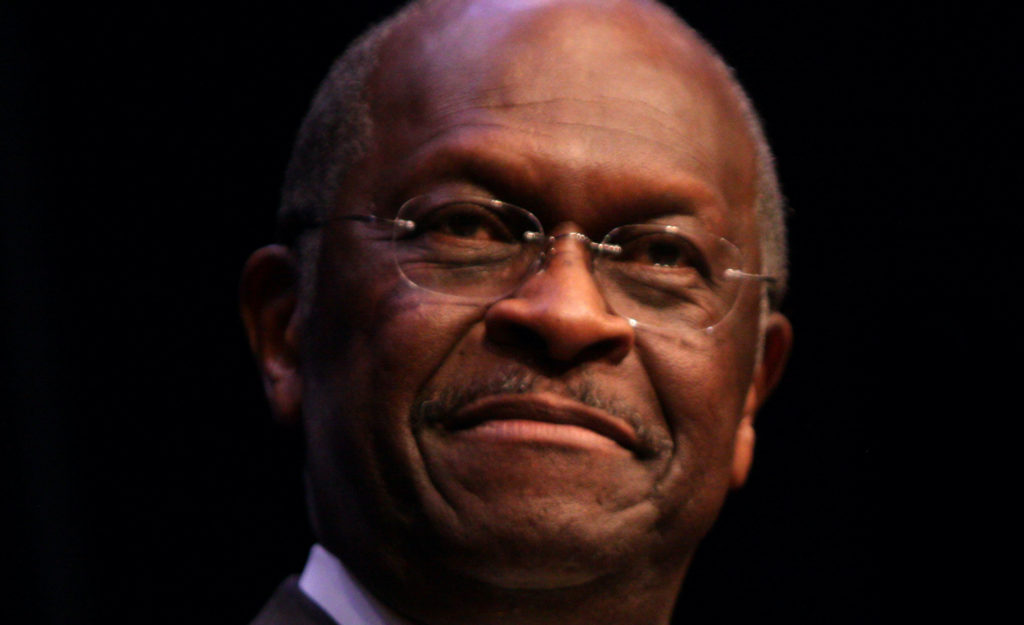 Last month Trump 2020 campaign surrogate Herman Cain attended Donald Trump’s Tulsa rally, and was seen refusing to wear a mask. Shortly thereafter, he was hospitalized with coronavirus. After a long battle, he’s now passed away. RIP. As we’ve long said, we wouldn’t wish this awful virus on anyone. But the cold hard reality is that a Trump surrogate just died as a result of attending a Trump rally. This is a game changer.

We don’t yet know if this will impact Donald Trump’s thinking or behavior. Trump and Herman Cain were the same age. Cain’s passing is a reminder of just how vulnerable Trump is to coronavirus – particularly considering Trump’s visibly poor health. But Trump is the king of self-delusion, and he may decide to rationalize that Cain died for reasons that had nothing to do with the rally, or nothing to do with the virus. Don’t be shocked if Trump coldly claims that he barely knew Cain; he’s done this before.

But as with so many things these days, this isn’t about Donald Trump. One of Trump’s fairly high profile surrogates is dead as a result of attending a Trump rally and refusing to wear a mask. That’s got to send a chill down the spine of Trump’s other surrogates. Risking their political career and reputation to support Trump is one thing. But risking their life? Sure, Herman Cain’s age put him in a higher risk group, but no one is safe.