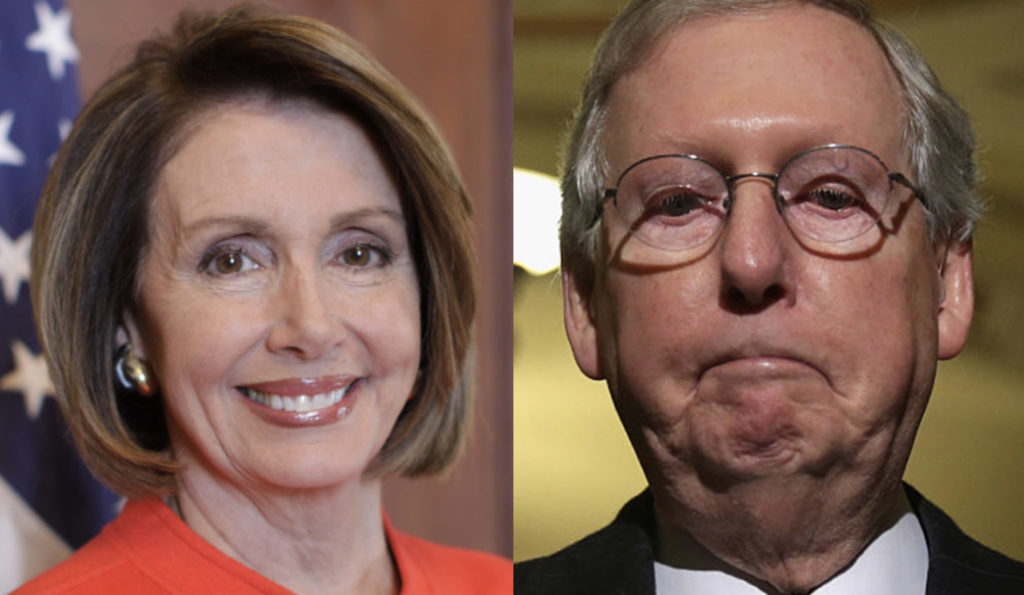 Nancy Pelosi holds all the cards on impeachment, as she keeps reminding us. But no one in politics ever has a magic wand or gets 100% of their way, so even she can’t force Mitch McConnell to hold a perfectly fair Senate impeachment trial. She’ll get as many trial concessions from him as possible, and then at some unknown point she’ll turn over the articles to him.

At this point most of the mainstream media will act shocked that Pelosi got anything at all from McConnell, because they’re still pushing the ratings-friendly false narrative that the Democrats are going to lose on impeachment at every turn. The foot-stompers of the left don’t understand “what’s possible” or “what winning looks like.” So they’ll be pissed at Pelosi when she eventually turns over the articles of impeachment and she only gets major concessions, instead of magically getting 100% of what she’d like. At this point most liberal pundits will pander to this sentiment by insisting that Pelosi “inexplicably caved” like the “democrats always do.”

Meanwhile, back in the real world, the impeachment trial will begin, complete with whatever concessions McConnell makes to Pelosi. The trial will do nothing to help Trump in 2020 no matter how it plays out, and it will (at least incrementally) hurt the GOP’s chances of keeping the Senate in 2020. But when Trump is acquitted, pundits will insist Trump and the GOP somehow “won” on impeachment. Once the impeachment trial is over, Trump’s weak poll numbers and terrible 2020 odds will be about the same as they’ve been all along. Democrats will have done the right thing, and they’ll retain their big lead going into 2020.

Although impeachment won’t help Trump’s 2020 odds at all, he’ll try plenty of other schemes. But his Plan A was to cheat with Ukraine, and Plan B was to force the Inspector General to pretend Trump was framed, and those both failed hilariously. Trump’s Plan C will be even stupider. He’s now down to the ideas that he previously rejected in favor of “conspire with Ukraine and hope no one catches on.” The main thing we have to watch for between now and election day: stomping out each of Trump’s stupid new schemes as they come along. He’s hoping to get lucky on one of them. We just have to be vigilant. We’ve done a good job of this so far. He’s losing. Badly. Keep it up.

Oh, and Pelosi is just getting started. You think she’s still fighting these court battles just for kicks over tax returns, grand jury transcripts, and White House witnesses? She can impeach him again in summer 2020, or hold hearings to expose the newly obtained evidence. The key is that the landscape will continue shifting under everyone’s feet. Imagine being the Republican Senate and trying to defend Trump during his trial, while new Ukraine dirt keeps surfacing daily. Or defending and acquitting him, knowing more dirt could surface right after. The GOP is about to walk through a minefield without a map.