First we saw someone blare the Guns N’ Roses recording of “Live and Let Die” over the PA system at a factory while Donald Trump was touring the place and refusing to wear a mask. Then the next day we saw Guns N’ Roses singer Axl Rose condemn Trump’s Treasury Secretary Steve Mnuchin on Twitter, only for Mnuchin to bizarrely fire back.

Now Guns N’ Roses is taking its anti-Trump stance to a whole new level, by selling a T-shirt on its website that reads “Live N’ Let Die with Covid 45.” The number 45 is a clear reference to Donald Trump being the 45th president: 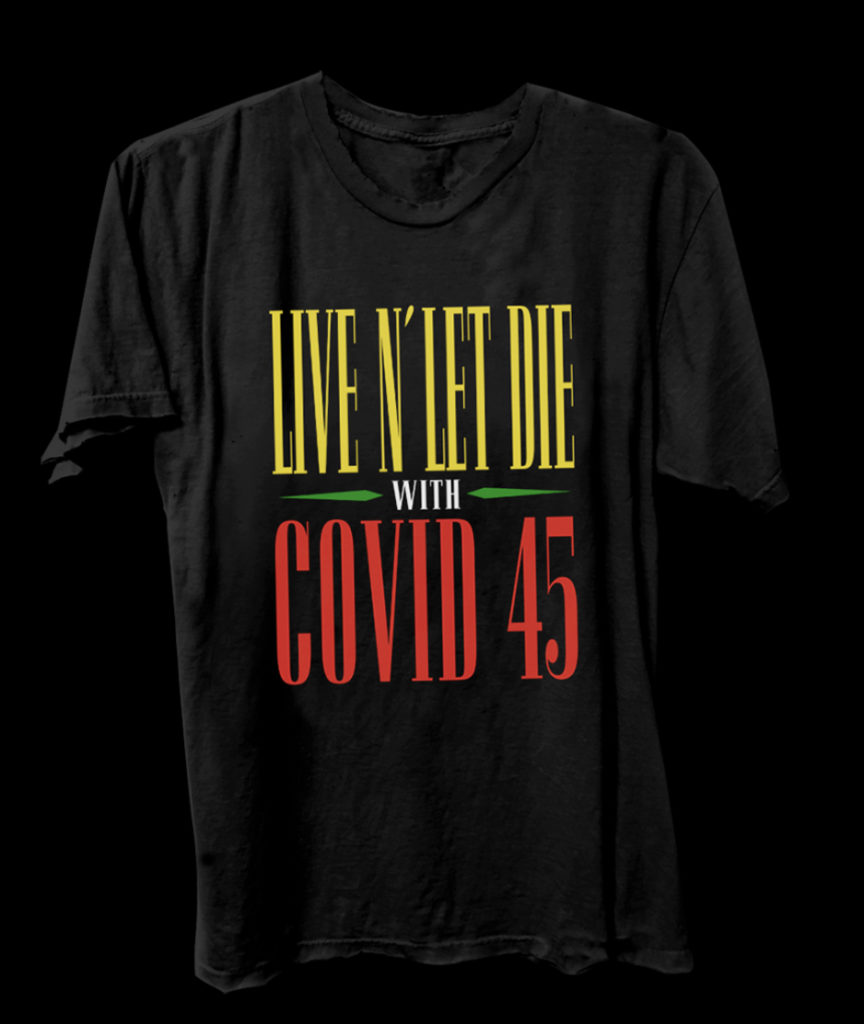 Guns N’ Roses says that all profits from sales of the T-shirt will go to the Musicares charity. You can order it here.

www.palmerreport.com
9428
SHARES
Facebook ShareTwitter ShareEmail this articlePrint Article
LinkedinGoogleWhatsappPinterestRedditStumbleuponBufferTumblrPocketLine
← Donald Trump goes nuclearThe real reason for Donald Trump’s desperate church reopening gambit – and it may not be what you think →
Leave a Comment