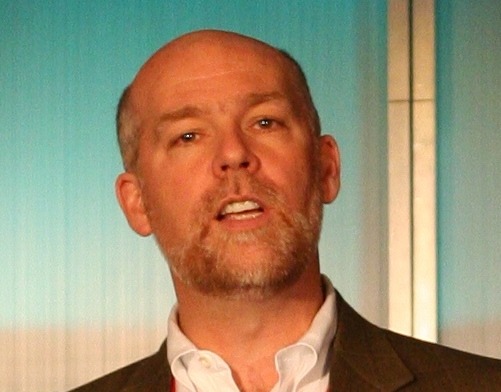 On Tuesday, Montana governor Greg Gianforte announced that Montana would cease its participation in the federal program that has provided unemployment payments to individuals during the pandemic. Brilliant. Ayn Rand’s corpse must be drooling with excitement.

Before I tear into Greg, I want to make sure you know just the kind of upstanding public servant he is. Born in San Diego, California (and certainly validating its nickname of Klan Diego), Greg eventually became a software business mogul, of sorts, amassing a considerable fortune and establishing himself as a garden variety insufferable “self-made man.” He even wrote a book called “Bootstrapping Your Business, start and grow a successful company with almost no money.” If ever there were a sign Greg were the kind of man you want to be stuck talking to at a party, that’s it.

Then there’s Greg’s record as a Republican goon as a congressman. He impugned the very real Trump-Ukraine scandal, opposed efforts to combat global warming, opposed universal background checks for gun purchases, opposed the $15 minimum wage, and voted against impeaching Trump twice, among other wantonly stupid things. Greg made headlines back when he was but a wee congressman when he body-slammed a reporter from The Guardian.

And now, Greg is cutting off much-needed aid to his constituents. That is the GOP du jour—abuse your voters, demagogue your way into people’s hearts by fanning the manufactured Fox News culture war and reap the benefits. Much of Greg’s tainted past was either forgotten by his constituents or not enough of them cared.

But Greg’s decision to cut off aid to Montanans is different. People are struggling right now, especially in more rural parts of the US. Yes, Montana’s unemployment rate is fairly low, but that doesn’t mean people aren’t hurting, living month-to-month, or even looking for work. When safety nets are cut out from under people, they remember. Greg, in typical Republican fashion, is setting himself up for political disaster because he’s too blind to know what the people actually need.

Why am I so confident about this? Because President Joe Biden has done the exact opposite of Greg Gianforte by giving Americans what they need, keeping the economy afloat with a massive, well-executed stimulus, and guess what? President Biden has managed to substantially grow the economy. All that despite the pandemic and the disaster Trump left for him. And even that hasn’t satisfied President Biden—he wants more and he will probably find a way to get more for the American people (https://thehill.com/policy/finance/551732-strong-economic-growth-stock-market-gains-not-good-enough-for-biden-top). A stark contrast from Greg Gianforte and his fellow gasbags in the GOP. It doesn’t take a historian or politics wonk to know which strategy is the winning one.

← Lindsey Graham has gone even further off the deep end than we thought possibleYes, the Capitol attack can take down Fox News – just not in the way you think →