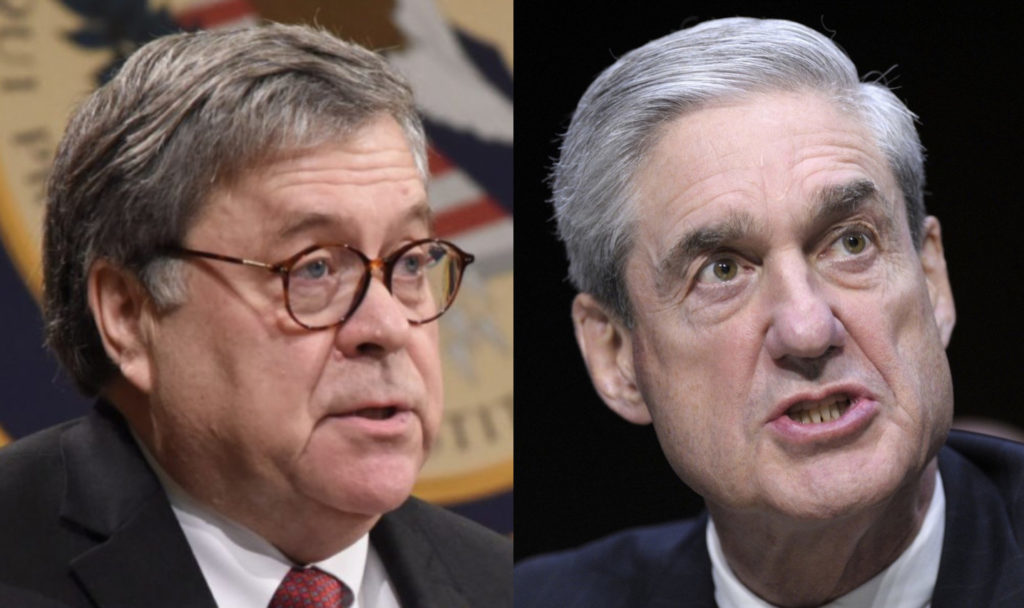 We don’t know the true nature of the friendship between Robert Mueller and William Barr, beyond the fact that it’s reportedly lasted for thirty years, and that their wives are reportedly personal friends as well. We don’t know what they think of each other, how much they’ve trusted each other over the years, or what they were each expecting when Barr became Attorney General. We do know that their “friendship” has turned out to be disastrous for them both.

We now know that William Barr completely sabotaged Robert Mueller’s intended rollout of his findings in the Trump-Russia probe. Mueller wanted his own summaries released to Congress and the public, so they could make up their minds about how to punish Donald Trump for his transgressions. Instead Barr wrote a four page work of fiction and released it, as if it were a “summary” of Mueller’s report.

Barr didn’t merely commit felony obstruction by doing this; he committed an act of treachery against his longtime friend. Mueller came out of retirement and spent two years of his life carrying out the most important investigation in American history, and then Barr took Mueller’s legs out entirely. Mueller is now in a position where he’ll have to take the witness stand in Congress and do something he never does – talk directly to the American people, in the hope of undoing the damage that Barr’s crime spree has caused.

Did Mueller know from the start that Barr was going to betray him? It sure doesn’t seem like it, or else Mueller might have taken a very different approach to his endgame. If Mueller assumed that Barr was going to do right by him because they were friends, then Mueller naively misread the nature of that friendship – but perhaps not as badly as Barr did.

William Barr clearly thought he could screw Robert Mueller over like this, and that Mueller would respond by merely giving up and going home. Instead Mueller wrote a letter exposing Barr’s obstruction, which has destroyed Barr’s reputation, crippled his status as Attorney General, and will likely send Barr to prison after Trump is out of power. Barr’s own testimony this week revealed that he was surprised and hurt by Mueller’s decision to write the letter – which destroyed Barr’s career and life in the process – instead of merely picking up the phone.

We all have longtime friends. Over the years we tend to learn the ways in which they can and can’t be trusted, what they’re likely to do in any given situation, and what their limits are. In the end, longtime friends William Barr and Robert Mueller don’t appear to have been able to size each other up correctly at all. It’s cost Mueller a lot, and it’ll probably cost Barr everything. The fate of the nation is the far bigger and more important story here. But there’s a lesson in here choosing your “friends” wisely.