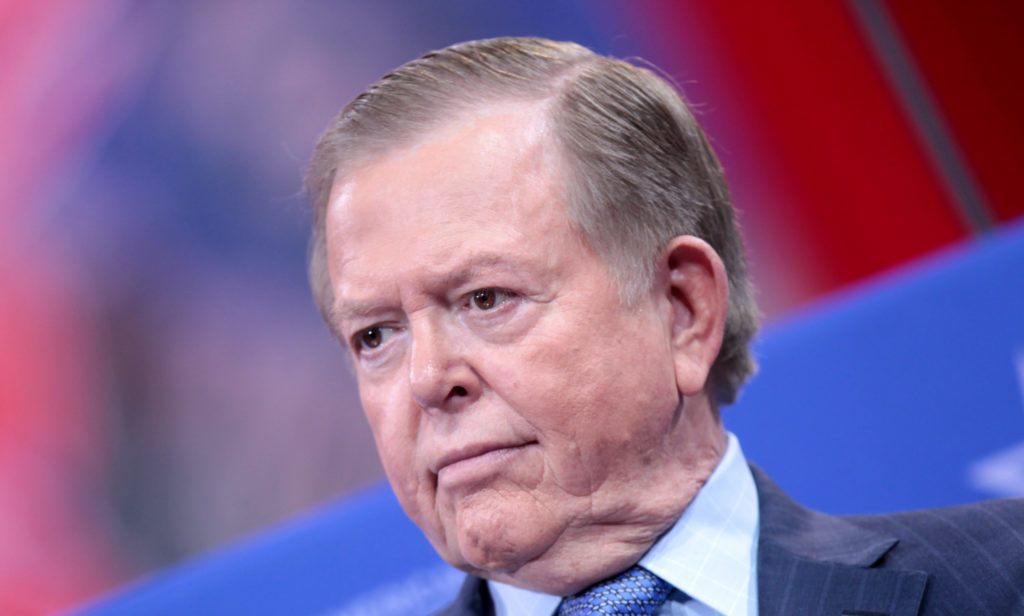 Just how much of a lunatic tinfoil hat conspiracy theorist has Lou Dobbs become? Fox News doesn’t even air him on its main network, and instead airs him on Fox Business Channel. Dobbs’ show generally consists of laugh out loud conspiracy theories, with a healthy heaping of racism and pro-Trump cheerleading.

But now Lou Dobbs’ nonsense has finally gotten him in trouble. After one voting machine company demanded that Fox stop allowing hosts like Dobbs to spread phony conspiracy theories about its machines, Fox responded by forcing Dobbs to air a two minute long fact check, shooting down his own claims. What’s more, Mediaite says that Fox is going to force Judge Jeanine Pirro to air the same fact check during her show this weekend.

Hosts like Lou Dobbs and Jeanine Pirro are unwatchably inane, and we’ve long suspected that Fox only keeps them around because Donald Trump is a fan of them. We’ve wondered if the end of Trump’s presidency might eventually mean the end of their shows. At this rate they might not last as long as we were expecting.

← What was all that about?Donald Trump was right for once →
Leave a Comment