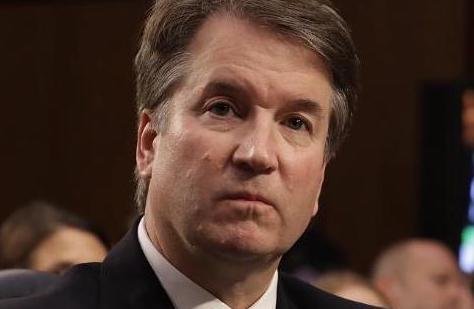 As women keep coming forward to accuse Supreme Court nominee Brett Kavanaugh of crimes like sexual assault, attempted rape, and gang rape, one consistent theme keeps popping up: Kavanaugh was allegedly drunk while he was doing these things. During his Fox News interview on Monday night, Kavanaugh admitted that he and his friends had been drinking during high school, but denied any wrongdoing while he was drinking. So what was he really like when he was drinking? Let’s ask his former roommate.

Brett Kavanaugh and James Roche were college roommates at Yale in 1983, which is the same year in which Deborah Ramirez claims Kavanaugh drunkenly sexually assaulted her, and one year after Dr. Christine Blasey Ford claims Kavanaugh drunkenly attempted to rape her. Roche first popped up in the New Yorker expose from Ronan Farrow and Jane Mayer on Sunday night, where he claimed that Kavanaugh was an out of control drunk. Roche then expanded on his remarks when an ABC 7 News reporter caught up with him.

Here’s what Roche said to reporter Wayne Freedman about his roommate Brett Kavanaugh: “Although Brett was normally reserved, he was a notably heavy drinker, even by the standards of the time, and that he became aggressive and belligerent when he was very drunk … frequently drinking excessively and becoming incoherently drunk.” Roche went on to say that he knew Deborah Ramirez, and that he believes her accusations against Kavanaugh.

Brett Kavanaugh came off as mild mannered, nervous, and reserved during his Fox News interview. But his own former roommate says that when Kavanaugh drank heavily, he transformed from that meek person into a very scary-sounding monster. This would seem to give a whole new context to what Kavanaugh said about his drunken partying while he was in school: “I think all of us have probably done things we look back on in high school and regret or cringe a bit.”