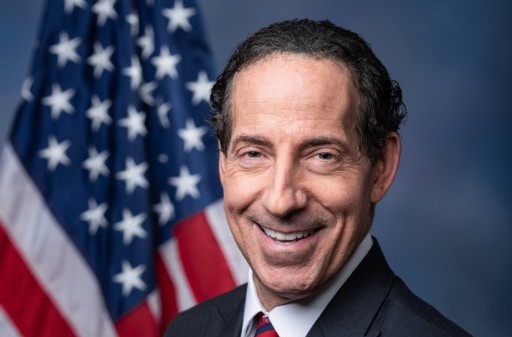 During today’s opening round of Donald Trump’s second impeachment trial, the Democratic impeachment managers hit it out of the park with a disturbing and compelling opening argument. Trump’s own lawyers made a far more ineffective and incoherent opening statement than even those with the lowest of expectations would have predicted. And six Senate Republicans joined the Democrats in voting that the trial is indeed constitutional and should proceed.

There are already pundits who are trying to paint today as a loss for the Democrats, because 56 votes isn’t enough to convict. Only the most ridiculous of pundits ever thought this trial was strictly a question of convicting Trump. He’s already out of office. His upcoming criminal trials will ensure that he’s off the political stage long before 2024. In fact, when you consider that Trump refused the invitation to show up and participate in his own trial, he’s finished in politics already.

This trial is about something else. It’s about reminding and convincing Americans in the middle that Donald Trump was responsible for the deadly terrorist attack on the U.S. Capitol. It’s about backing Senate Republicans into a corner such that, if they don’t convict, it’ll be used against them when they’re up for reelection in 2022. It’s the Republican Party that’s on trial here, not Trump.

Already the needle is moving a bit. In the last preliminary vote, five Senate Republicans voted in favor of moving forward with impeachment Today, six Senate Republicans voted in favor of continuing to move forward with it. Will that number climb to seventeen by the end of the trial? It seems unlikely. But you can bet these Republicans will be watching the public’s reaction to the trial, and how much further it drives down Trump’s approval rating, before they make any final decisions. They care infinitely more about protecting their own seats than they do about protecting Trump’s ghost.

So if you have a proper understanding of what this impeachment trial is all about, then it’s clear that today was a major victory for the Democrats. Again, it’s the Senate Republicans who are on trial here. Six of them are already crying uncle, so to speak, by voting against Trump’s interests. As this trial continues to get uglier for their party, we’ll see how many more Republicans will cave. It’s up to them to pick their proverbial poison by opting to acquit or convict. They lose either way, and Trump loses no matter what.