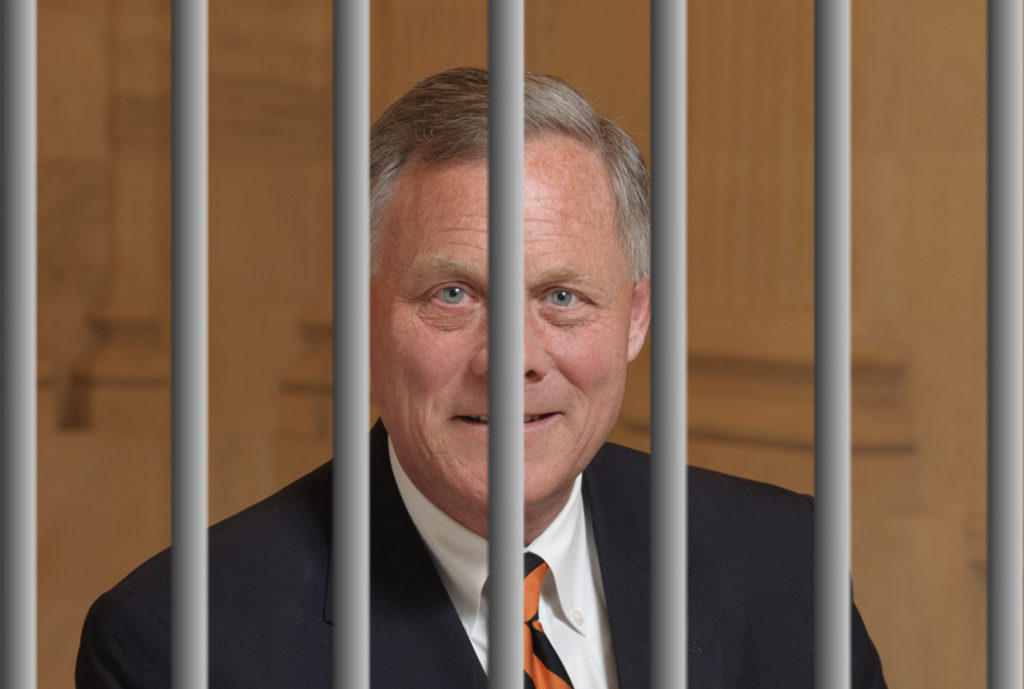 Early last year, Sen. Richard Burr was caught racing to make a shameful buck off the budding pandemic. Not only were his actions morally reprehensible, but there was compelling proof that he violated insider trading laws. Lucky for Burr, Trump was President, and so it was not exactly surprising when, the day before President Joe Biden’s inauguration, the DOJ announced it was shutting down its investigation.

It seemed as if Burr had magically escaped accountability thanks to one of the Trump administration’s final acts of corruption. However, an open question remained. Since the SEC, which was also investigating Burr’s insider trading, hadn’t made a similar announcement, was that investigation dead as well? We are now finally getting some answers—and it’s looking like Burr isn’t so lucky after all.

A couple of weeks ago, ProPublica reported new SEC filings that show its investigation into Burr is quite alive. The filings also reveal additional damning information about the insider trading accusations against Burr and his brother-in-law, Gerald Fauth. We already knew that Burr sold $1.6 million in his wife’s stocks on February 13, 2020, before the market tanked a week later. We also knew that Fauth dumped his stock on the very same day.

These new SEC filings reveal that after his wife’s stock sale, Burr called Fauth and then Fauth called his broker to take care of the sale. After not reaching one broker, Fauth decided to call another to make sure he could dump his stock—valued between $97,000 and $280,000 in six companies that would soon suffer pandemic-related losses—immediately.

The SEC also now alleges that Burr had material nonpublic information both as Chair of the Senate Intelligence Committee and a member of the Senate Health Committee, offering him access to the most highly classified pandemic threat information. Curiously, although Burr expressed high confidence about the government’s preparation through a press release in February 2020, he sounded the alarm at an exclusive social club event that same month, according to a secret recording obtained by NPR.

Burr and Fauth both deny that they engaged in any illegal insider trading under federal securities laws. However, on Wednesday, the SEC announced it obtained a court order to compel Fauth to testify. Since May 2020, Fauth has refused to comply with the SEC’s subpoena because of health concerns while nevertheless being able to “fully perform his duties as Chair of the National Mediation Board,” according to the SEC’s press release.

Burr was one of only three senators who opposed the Stop Trading on Congressional Knowledge (STOCK) Act of 2012, to which he now stands accused. Burr is learning the hard way that just because you voted against a law doesn’t mean you get to violate it with impunity. There’s a special place in hell for people who feel entitled to enrich themselves off special knowledge received solely for the purpose of keeping Americans safe and due to a position of trust. This investigation never died; it’s only just beginning.

← Merrick Garland’s DOJ is actually making all kinds of progressSteve Bannon is even dumber than we thought →
Posting....
Scroll To Top