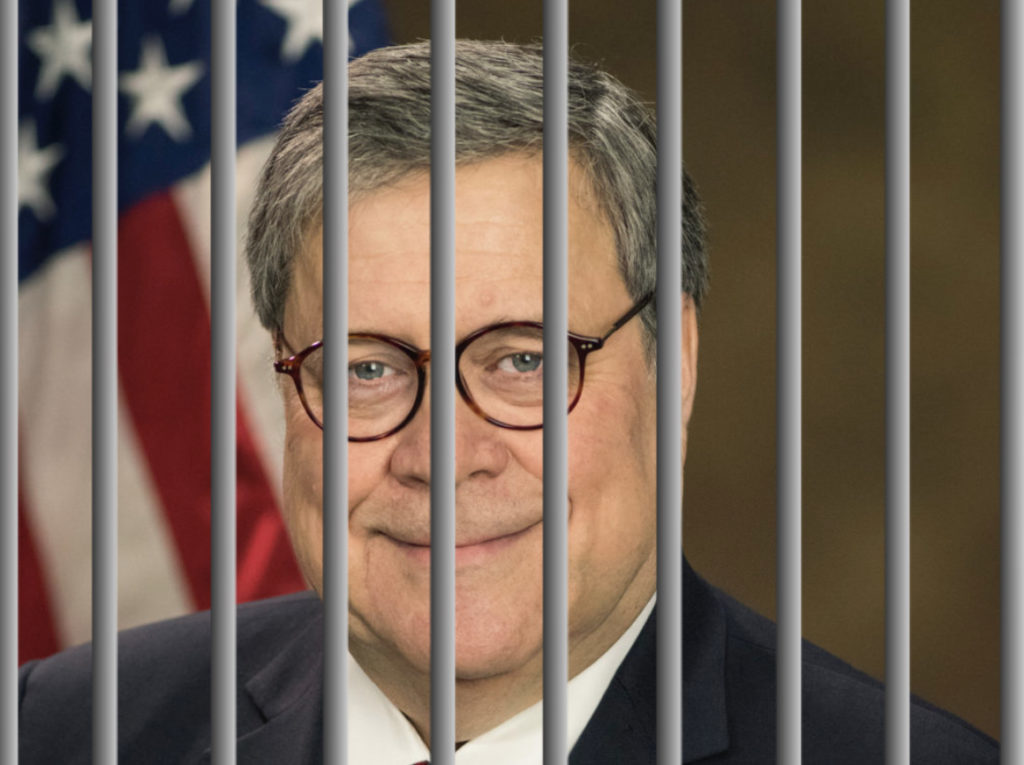 Donald Trump has a clear path to prison. Even if he manages to use a self-pardon to delay or fend off federal charges, New York already has a widely documented grand jury targeting him for state-level indictment on financial charges. Financial crimes are near-automatic convictions. Trump is toast. But what about everyone else around him?

Attorney General Bill Barr committed multiple instances of felony obstruction of justice. Secretary of State Mike Pompeo committed multiple felonies in the Ukraine scandal. Senator Lindsey Graham committed felony election tampering this month. Trump lawyer Rudy Giuliani has committed too many crimes in plain sight to even track. And this is just the short list of Trump administration and Trump-adjacent felonies. It doesn’t even touch on Trump’s family.

Trump may try to pardon all of the above people on federal charges. Ford’s pardon of Nixon creates precedent for preemptive pardons on criminal charges that haven’t been filed yet. Trump’s pardons could however be challenged in court, on the grounds that you can’t pardon a criminal co-conspirator. And federal prosecutors could find additional crimes that Trump didn’t think to pardon his people for. But in order to lock all of these people up, state Attorneys General may need to find state level charges to hit them with.

President-elect Joe Biden has repeatedly made clear that he will not interfere with any DOJ prosecutions of Trump or his people, and that he will not pardon Trump under any circumstances. But we need the DOJ to be aggressive, and in some cases creative, in its prosecutions. It’s not about retribution. It’s about making clear that the penalty for turning the White House into a personal crime spree is steep enough that the next round of corrupt criminals won’t be so quick to try it.

– Tweet of the day, from former federal prosecutor Glenn Kirschner: “Recall: Pompeo did a questionable $8 billion arms deal w/the Saudis. When State Dept IG started investigating, Pompeo fired him. When Congress issued subpoenas to investigate, Pompeo ordered people not to comply. We The People look forward to what Tony Blinken finds at State.”