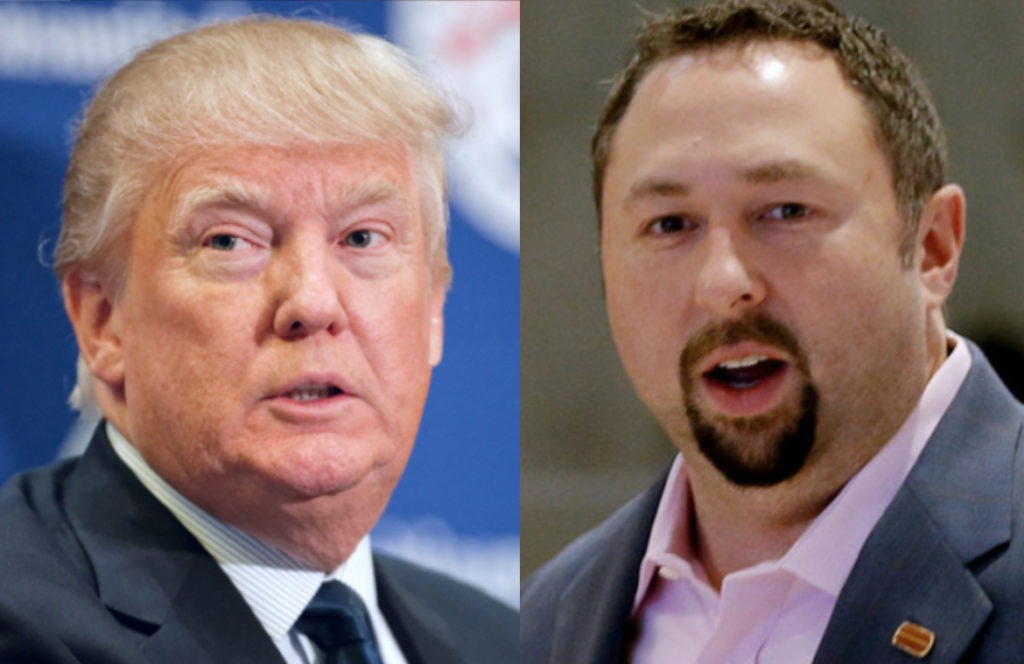 Donald Trump’s disastrous rally speech last weekend gave away the real reason his remaining loyalists had been trying so hard to keep him off the stage thus far in 2021: he now comes off as half senile and three quarters dead. Appearing in public like that is a good way to unwittingly let the public know that you’re definitely not making a magic comeback in 2024.

Sure enough, the next morning, longtime Trump loyalist Corey Lewandowski appeared on cable news and admitted that Trump lost the 2020 election fairly and squarely. It seemed fairly clear that Lewandowski was now trying to move beyond Trump’s sunken ship, in the hope of carving out some kind of new future for himself. Now it’s turned into a pattern.

Jason Miller has resigned today as Donald Trump’s spokesman. Miller was the one longtime Trump political adviser who had still been actively working with Trump to try to make him relevant again. But then Trump’s blog revealed that just about no one cared to hear what he had to say anymore, and Trump’s rally proved to the general public that he’s finished – and now Miller is bailing.

It’s worth noting that due to various nasty personal scandals that have spilled over into the public, Jason Miller is unemployable just about anywhere else on the planet outside of Mar-a-Lago. Yet here he is quitting anyway. He says he’s doing a tech startup. We’ll see what, if anything, comes of that. But you know Trump has no remaining relevance or future when even an unemployable guy is quitting his Trump job because there’s nothing to stick around for.

← This is why we elected Joe BidenAre these newly sealed SDNY criminal cases related to Trump Tower? →
Posting....
Scroll To Top