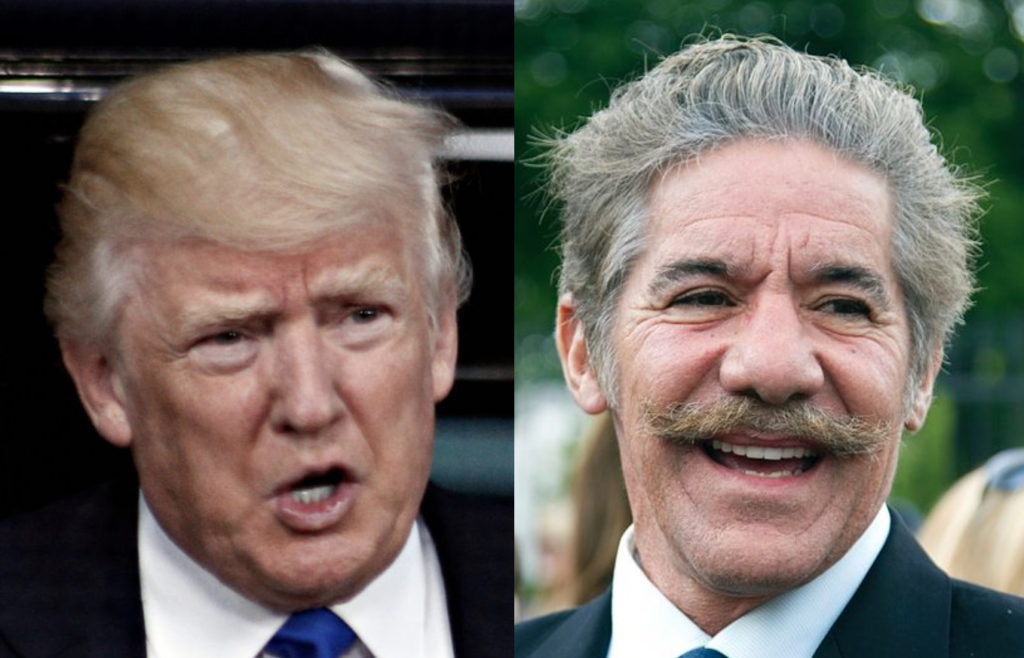 Looking for integrity at Fox News is like looking for Mike Pence in a snowstorm. But with Shep Smith’s departure from Fox two years ago and Chris Wallace departing recently, it’s certainly not getting any easier. These days you sometimes have to look for it among the dinosaurs.

Geraldo Rivero has been around so long that he was once parodied by Cheech and Chong as “Horrendo Revolver.” At 78, Rivera’s inevitable retirement date can’t be that far off. With this latest antic he may have even moved it forward.

Rivera actually dared to call the insurrection of January 6th what it was, a riot instigated by the president of the United States. Not only that but he said it on Sean Hannity’s show, asking Hannity to reflect back to what he was thinking on that fateful day on the sixth of January. “I beg you Sean to remember the frame of mind you were in when you wrote that text on January sixth,” Rivera said to Hannity. “And when Laura [Ingraham] did, and when Brian [Kilmeade] did, and when Don Jr did. Remember the concern you had. Remember the frustration you had at our beloved 45th president.”

The quote in question from Hannity to Mark Meadows was,“Can he [Trump] make a statement? Ask people to leave the Capitol?” Of course Hannity framed it the only way he could, as a positive. When Rivera said, “Why didn’t he say something?” Hannity replied, “The point is he did.” Yes he did, hours after the insurrection started Trump finally told the rioters to go home, but only when it became clear that the insurrection had failed and the rioters were no longer of any use to him.

No doubt Rivera has received death threats from Fox viewers for saying what he did. Being threatened with death is the latest automatic punishment for telling the truth to the drooling cretins who love the rapist and traitor who once squatted in the Oval Office like a poison toad. But it’s ironic that the pinnacle of truth at Fox News is now to be found in the likes of Geraldo Rivera. It demonstrates yet another of the million ways Fox News is deficient — factually and morally. And, as ever, ladies and gentlemen, brothers and sisters, comrades and friends, stay safe.