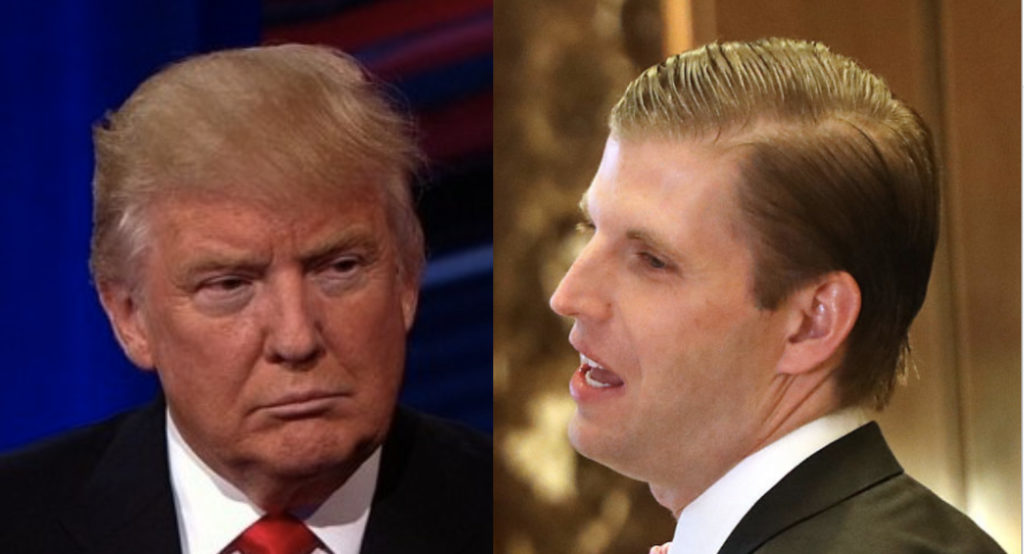 We all know that Donald Trump will try to contest the election results if they end up being super close, along the lines of Bush-Gore in 2000. But for as long as this election has been going on, the polling averages have consistently shown that Joe Biden is about eight points ahead of Trump. If Biden wins by that margin, or something close to it, Trump will simply get laughed at if he refuses to concede.

Eric Trump seems to have become the de facto family spokesman as his father continues to go incrementally senile, and his brother continues to make disturbing public appearances that have raised widespread questions about potential drug use. The trouble is, Eric isn’t up to the job.

Eric Trump inexplicably announced at a Trump rally yesterday that if Donald Trump “got blown out of the water,” he’ll concede. Well of course he will. We all know that. But the entire point of Donald Trump’s empty threat to remain in office if he loses is that he’s trying to convince the average voter that he’s going to magically win no matter what, and that there’s no point in bothering to vote against him.

Now Eric Trump is talking about the prospect of Donald Trump losing badly, and he’s admitting that in such case, Donald will of course be powerless to try to do anything. Eric Trump just gave away the game. This was dumb even for him. To be clear, if Biden wins by his current eight point margin, that is a blowout by presidential election standards. Our job is to make sure that everyone who intends to vote for Biden actually gets out there and votes for him.