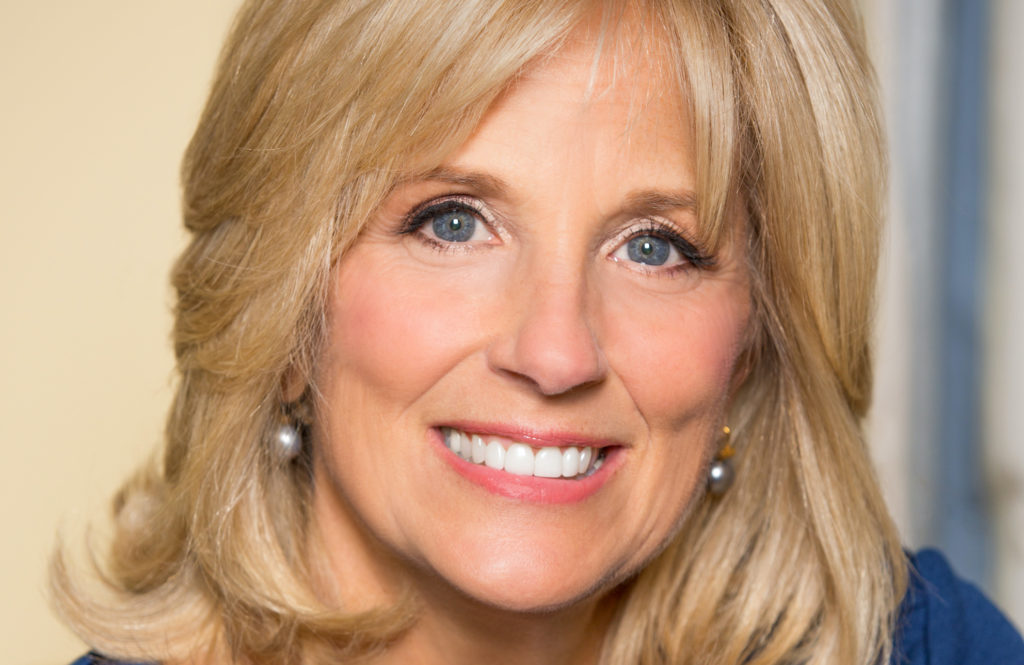 Permit me for a moment to review the Republican Playbook. Not so much for your benefit, brothers and sisters, as for mine. I know many of you know it forward and backward, but it still stretches my comprehension of the inner machinations of the evil of the Republican Party to limits that I may have a harder time believing than some of you.

Take the outgoing First Lady versus the incoming First Lady, for example. The former is a woman of obvious limited talents who exaggerated her academic bona fides and parlayed a modelling career — which degenerated into instances of outright pornography — into getting into some kind of “in” group that went to the kind of parties where she was likely to meet a certain kind of man of which Donald Trump is one. She saw her main chance and managed to marry him. I won’t use words like “sugar daddy” or “gold digger” or “trophy bride” — but you get the idea.

The latter — I’ll call her Dr. Jill Biden because I know Republicans hate that — is a professor and educator who went to prestigious Villanova for her MA and the University of Delaware for her doctorate in education. She met Joe Biden on a blind date. She is a decent woman. There are no scandals in her life, prurient or otherwise.

So, back to the Republican playbook. As many of you already know, Dr. Jill Biden has been excoriated by Republican nitwits on Fox News and the Wall Street Journal and other places for referring to herself as “Doctor.” Because — and here’s the part where you need to be sitting down — it could turn tragic if some poor guy should have a heart attack and mistakenly think that Dr. Biden can somehow save him because she’s a medical doctor when in fact she’s not. That might give the poor guy a second heart attack. Get it? Me neither.

But that’s the Republican Playbook for you. It turns little absurdities into much bigger absurdities. Now, I’m not going to use the word “whore” when referring to Melania Trump because it’s a sexist term and there are just as many men who are whores are there women who are whores, but you can bet your bottom dollar that scum-sucking Republicans would be calling Jill Biden just that if she were the one with the “modeling” antecedents instead of Melania Trump. Instead they have to settle for picking on her PhD, a thing she has every right to be justly proud of.

All of which brings me to the disgusting person known as Melissa Carone, the former Dominion contractor and self-proclaimed whistleblower. You may remember her. She was the walking catastrophe who slurred her way through her idiotic “testimony” about “irregularities” in the 2020 election earlier this month, with all the credibility of the sloppy drunk at the end of the bar. You remember her, she was the one that made Kimberly Guilfoyle almost look sane.

Well it turns out that earlier last week Attorneys representing Dominion Voting Systems, warning of imminent litigation, demanded that many of Donald Trump’s allies cease and desist from making false and defamatory claims that the company somehow “rigged or improperly influenced” the 2020 presidential election. The list of individuals sent such letters included one to the aforementioned Mellissa Carone. By all reports, Ms. Carone’s letter was the most scathing of all:

“You gained international infamy earlier this month as Rudy Giuliani’s so-called ‘star witness’ who could supposedly corroborate outlandish accusations that Dominion has somehow rigged or otherwise improperly influenced the outcome of the Nov. 2020 U.S. presidential election,” attorneys Thomas Clare and Megan Meier wrote. “Without a shred of corroborating evidence, you have claimed that you witnessed several different versions of voter fraud—ranging from one story involving a van, to other accusations that votes were counted multiple times. You published these statements even though you knew all along that your attacks on Dominion have no basis in reality.

“We write to you now because you have positioned yourself as a prominent leader of the ongoing misinformation campaign by pretending to have some sort of ‘insider’s knowledge’ regarding Dominion’s business activities, when in reality you were hired through a staffing agency for one day to clean glass on machines and complete other menial tasks.”

I bring Ms. Carone to the fore as Exhibit — what? I have run out of letters. Can we use Greek letters? Cyrillic? Hanzi? There seems to be no end to Republican perfidy. Is there no “expert witness” too disreputable, too tawdry, too disgusting, that Republicans won’t stoop to use them? Of course not. Because the bottom line is this: that’s all they have. This Carone Virus. That’s the best they can do.

You see, our incoming First Lady isn’t a gold digger, she didn’t marry Joe Biden for his money. Biden isn’t into “trophy brides.” Dr. Jill Biden really does have a legitimate education. But you know what? This PhD “scandal” is probably going to haunt her for the rest of her tenure as First Lady and beyond, just as Benghazi and “her emails” haunted Hillary Clinton. Because Republicans are low-energy, low-information, lazy sexist scum. You don’t need to think any further about it than that. And, as ever, ladies and gentlemen, brothers and sisters, comrades and friends, stay safe.