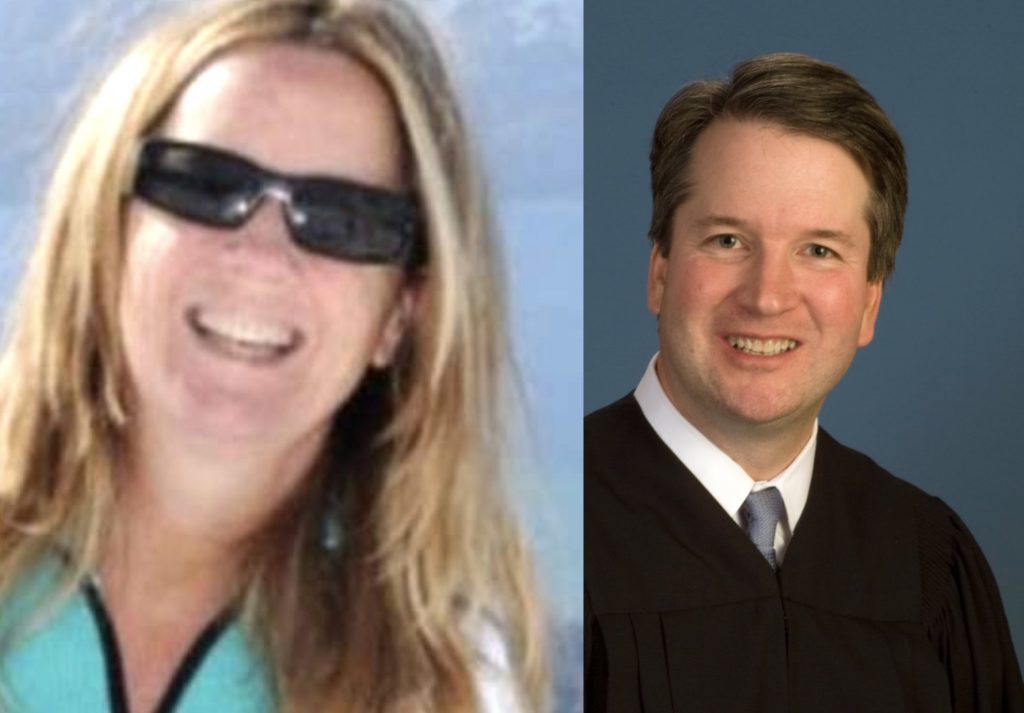 Earlier today, one of Brett Kavanaugh’s apologists pulled one of the most deranged stunts we’ve ever seen. Ed Whelan is a far right political operative who used to clerk for far-right Supreme Court Justice Antonin Scalia. He floated the utterly bizarre claim that Dr. Christine Blasey Ford had somehow mistaken Kavanaugh for a different Georgetown Prep student. He then went on to identify that other student by name. This set off all kinds of alarms across the board – and now Ford is speaking out about it.

Whelan’s deranged theory caused so much controversy that his name began trending on Twitter, as people tripped over each other to condemn him. His argument was based on little more than the fact that Kavanaugh and the other student sorta kinda vaguely looked like each other, and something about Google Maps. In so doing, Whelan basically accused this other guy of having attempted to rape Dr Ford, and we fully expect that he’ll end up suing the pants off Whelan before this is over. For now, Ford is shooting the whole thing down.

According to NBC News, Dr. Christine Blasey Ford just issued this statement, and we’re going to go ahead and redact the name of the guy who’s been caught up in this: “I knew them both, and socialized with [redacted]. I even visited [redacted] when he was in the hospital. There is zero chance that I would confuse them.”

So now we’ve seen Brett Kavanaugh’s defenders go from claiming that he’s innocent, to suggesting that he should still be confirmed even if he is guilty, to now trying to frame some other guy for the alleged attempted rape in question. This keeps getting stranger, and more sickening, by the hour. If nothing else, it reveals that Kavanaugh’s apologists have very little left to go on.