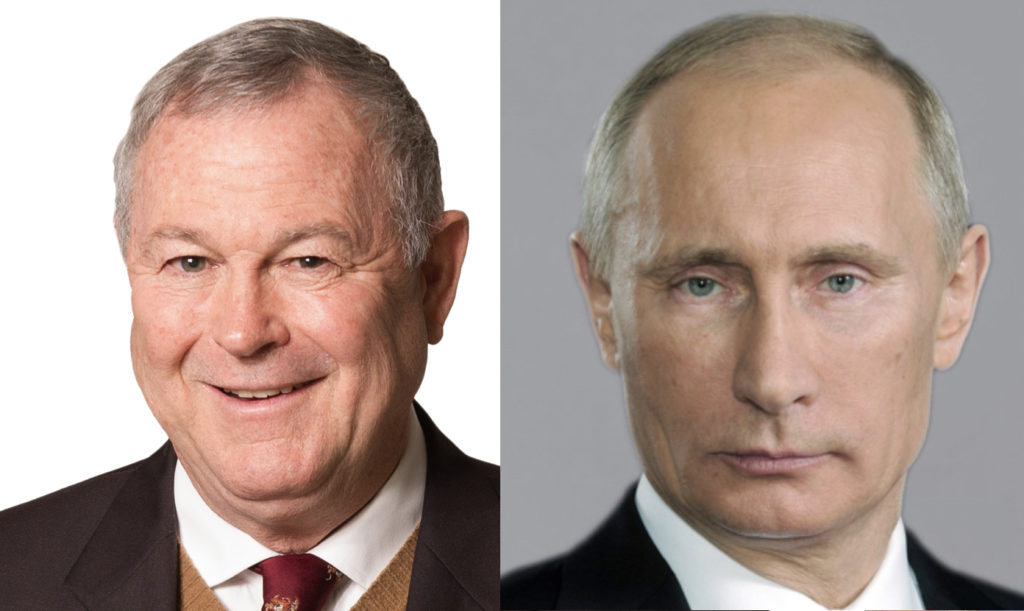 Last week, in a flurry of Trump-Russia moves, Special Counsel Robert Mueller indicted a dozen Russian government spies for hacking the election, and then the Feds arrested Russian political operative and NRA operative Maria Butina. While the hacker indictments referenced a 2016 Republican candidate for office whose identity still has not been confirmed, the Butina indictment referenced a Republican Congressman who is almost certainly Dana Rohrabacher. A week later, Rohrabacher still isn’t taking the news well.

Dana Rohrabacher met with a gang of reporters, and initially told them that they could ask him about any topic they wanted. The questions naturally ended up being about his role in the Maria Butina indictment. Rohrabacher quickly lost it, responding with answers like “I think you should be ashamed of yourself” and “Wait a minute, don’t argue with me.” After going on a long rant about about “arrogance” of the media, Rohrabacher then walked away without having actually provided an answer to a single question he’d been asked.

Rohrabacher has already acknowledged that he had dinner with Maria Butina during the 2016 election cycle, while saying he’s not sure if he’s the person referenced in Butina’s indictment, which he called “stupid” at the time. Now he’s taking an even more angry and defensive stance on the matter, while not actually providing any attempted defense of his actions, suggesting that he knows he’s in trouble and he has no idea how to defend himself.

Nearly every Republican politician takes money from the NRA. There is now strong evidence that the Kremlin was illegally funneling money through the NRA to Republican politicians during the 2016 election cycle. Those politicians only committed a crime if they knew the NRA money they were taking was from the Kremlin. Dana Rohrabacher, and the other GOP politicians who coordinated with Maria Butina during the election, will have a difficult time making the argument that they didn’t know where the NRA donations were coming from.