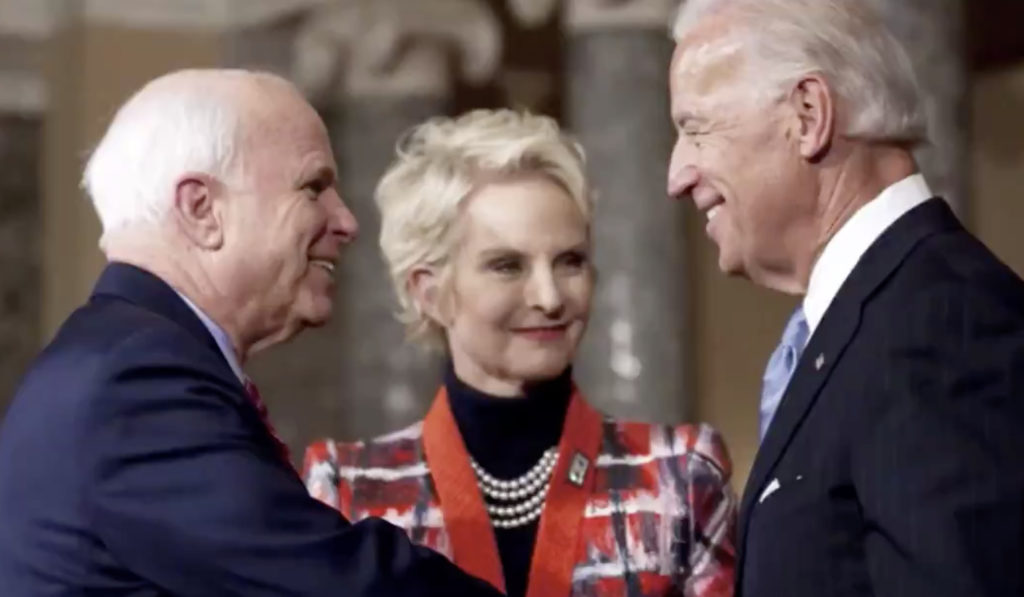 Cindy McCain is all in for Joe Biden. Last month she formally endorsed him for President. Earlier this week she appeared at a campaign event in Arizona with Joe Biden and Kamala Harris. Now Cindy McCain is taking things even further, starring in a new television ad for Biden.

Take a look at this new minute-long TV ad which features Cindy McCain telling stories about the longtime friendship between her late husband John McCain and Joe Biden:

Cindy McCain also tweeted this image of herself at the Biden-Harris campaign rally:

← Confirmed: some attendees had their way paid to attend Donald Trump’s White House event todayThis is a complete disaster for Donald Trump →
Posting....
Scroll To Top