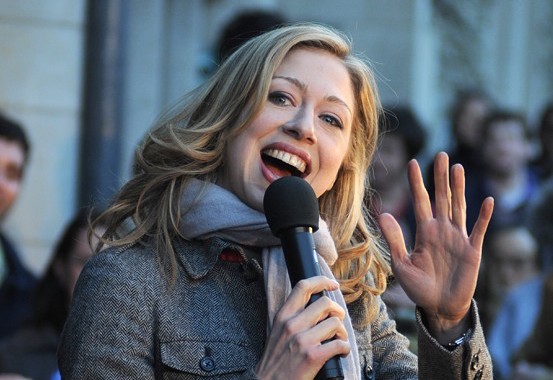 Self-styled Conservative pundit Candace Owens is in a Twitter feud with Chelsea Clinton, following BuzzFeed’s release of a video clip from last December in which Owens made some rather awkward remarks on nationalism, globalism and Hitler.

In a twisted attempt at whitewashing the term nationalism, Owens – completely unprompted – declared Hitler to be everyone’s go-to when looking for an example of a nationalist and then proceeded to declare that this was wrong because Hitler “had dreams outside of Germany” and was therefore a globalist rather than a nationalist.

The passage that set Twitter ablaze was Owens’ comment that “if Hitler just wanted to make Germany great and have things run well, OK, fine.” It got her a schooling from Chelsea Clinton who pointed out a few of the dictator’s policies that were enacted on German soil, well before the Führer decided to ‘go global’:

Hitler’s “make Germany great” included more than 400 regulations that stripped German Jews of their ability to work, go to school, vote, own property, seek care in public hospitals & enter “Aryan” zones. All before the Holocaust. In 1943, Germany celebrated being “free of Jews.”

Interestingly, the conservative “thought” leader, who has often ranted against the evils of identity politics, went straight to identity – mixed with a heavy dose of good, old whataboutism – in her response:

WOW. Chelsea Clinton remained SILENT on the Northam blackface scandal, yet she chose to publish a VILE LIE that I, a black conservative, said the “Third Reich was great.” Will she retract her statement? Or should we add this to the pile of Clinton crimes against black people?

Apparently, Ms. Owens does not respond well to having her punditry exposed as poorly-worded, baseless nonsense.
In the end, this embarrassing PR fiasco on the part of the Trump camp, which is trying to make something irredeemably unsavory palatable again, is no more the fault of Candace Owens than that of the people who put her in this position. Picking a college drop-out whose only claim to fame is her involvement in a doxing scandal and her subsequent endorsement by alt-right figures like Mike Cernovich and Milo Yiannopoulos as a spokesperson for a political campaign is simply not a good idea. It is one more example that gives the lie to Trump’s claim that his side has only the best people.
All that being said, it is not really necessary to whitewash Donald Trump’s nationalism. It is already very white.

Isabel Stamm
Isabel is a teacher of American language, literature and culture.
She lives in Germany with her husband and two children.
837
SHARES
Facebook ShareTwitter ShareEmail this articlePrint Article
LinkedinGoogleWhatsappPinterestRedditStumbleuponBufferTumblrPocketLine
← Why it doesn’t matter that Donald Trump got his man William BarrAll eyes are on Robert Mueller tomorrow →
Leave a Comment