Now we have our answer. Tech site Gizmodo was kind enough to go digging, and it discovered that the photo in question was actually taken on January 7th, and posted to the White House Flickr account at that time: 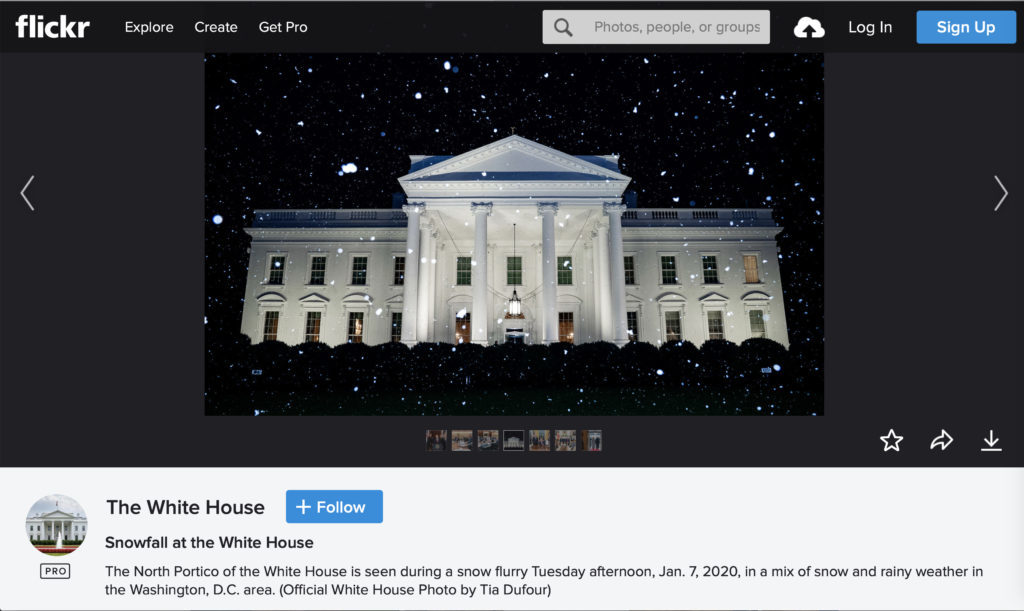 It’s like these guys aren’t even trying anymore. Why grab a photo you’ve already publicly posted elsewhere five days earlier, and try to pretend that it’s brand new? They were going to get busted for this, and they did. If this was an attempt at trolling us, it’s the lamest and most ineffective attempt we’ve seen yet. All it does is hand the media an easy opportunity to point out how inept and idiotic the Trump regime truly is. Now back to impeachment.