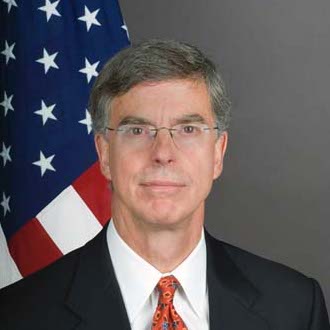 When the State Department’s Bill Taylor testified behind closed doors to the House impeachment inquiry this week, there were widespread reports that his testimony had elicited sighs and gasps from Democrats and Republicans, because it was just that ugly for Donald Trump. Now we’re finding out just what it was that set off all the alarms.

Bill Taylor’s written opening statement leaked to the media days ago, but we up to now we had no context for what specifically set off the fireworks behind closed doors But NBC News has learned that the “gasp” moment was when Taylor told the committee about the order to withhold military funding to Ukraine. Taylor said that an unnamed Office of Management and Budget official told him that “the directive had come from the president to the chief of staff to OMB.”

Why is this important? It makes clear that the order came from Donald Trump himself. This means Trump can’t claim that he didn’t know what Acting Chief of Staff Mick Mulvaney was doing. He can’t simply scapegoat Mulvaney or others for the Ukraine quid pro quo, because it’s clear that people within OMB were well aware that the order came from the top.

This comes amid reports that House Democrats are now just about three weeks away from starting their televised House impeachment inquiry hearings. Based on this Bill Taylor bombshell, it’s more clear than ever that he’ll be one of the key witnesses during those televised hearings.

← Get your popcorn: here come the televised impeachment hearings against Donald TrumpItaly and Australia scramble to distance themselves from Bill Barr’s antics as he circles the drain →
Posting....
Scroll To Top