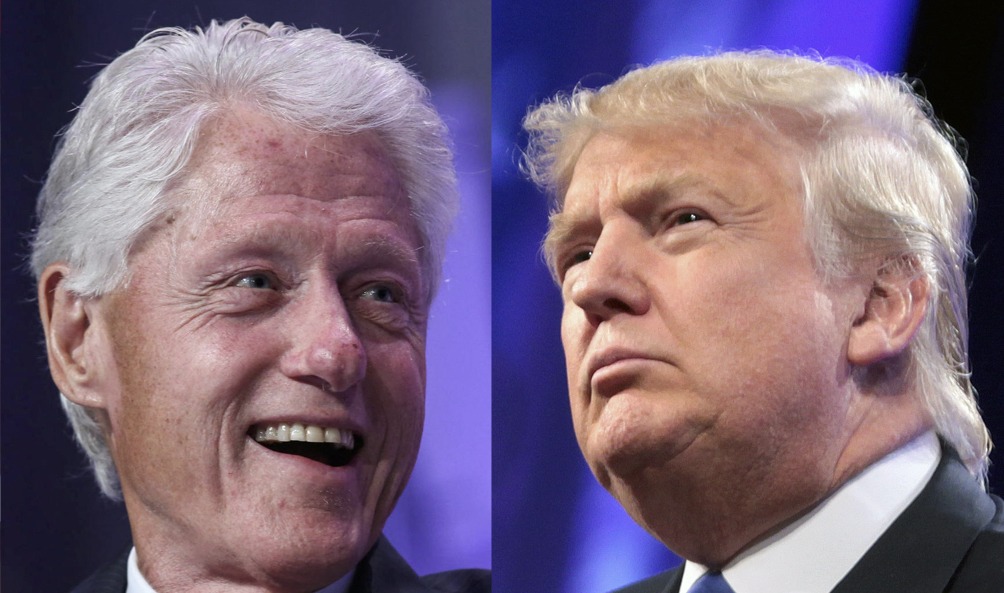 Earlier this year, Jimmy Carter called Donald Trump an illegitimate president. George W Bush has at various points accused Trump of (white) “nationalism.” And we all know what Barack Obama thinks of Trump. Now it’s Bill Clinton’s turn – and while he’s not speaking about Trump directly, his Press Secretary is saying a whole lot.

When Donald Trump’s old friend Jeffrey Epstein was found dead of an “apparent suicide” while in the custody of Trump’s Department of Justice, controversy naturally swirled. Trump tried to deflect this with a pair of retweets which accused Bill and Hillary Clinton of having somehow murdered Epstein while he was in Trump’s custody. Not only is this an obviously false accusation, it’s a mentally deranged one.

As we pointed out yesterday, Donald Trump partially backed down from this nonsense, but refused to retract it, when reporters asked him if he thought Bill Clinton was involved in Epstein’s death, and Trump said “I have no idea.” At that point Bill Clinton’s Press Secretary Angel Ureña jumped into the fray, posting this tweet: “Might be hard to hear over Air Force One, but that’s the sound of the President of the United States’ credibility blowing in the wind.” He then added the “25th Amendment” hashtag. But he wasn’t done.

Ureña then added this tweet: “Better and more relevant than asking about conspiracy theories about Bill Clinton may be asking Trump about his knowledge of Epstein and why he said: ‘It is even said that he likes beautiful women as much as I do, and many of them are on the younger side.'” So now the guy who officially speaks for Bill Clinton is talking about the 25th Amendment being invoked against Donald Trump – and he’s absolutely correct.