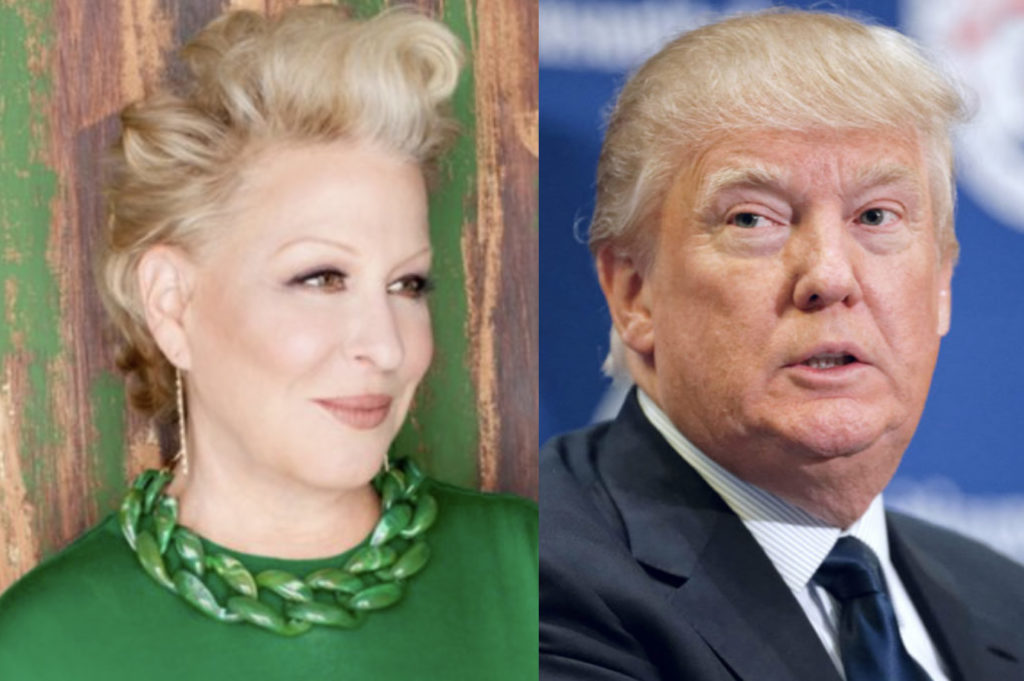 At around 1:30am local time during Donald Trump’s UK visit, he decided that his best move was to publicly attack Bette Midler. Like something out of the Onion, the sitting President of the United States called the actress a “washed up psycho” and a “sick scammer” among other unseemly things. It turns out Bette isn’t having any of it.

Bette Midler fired back at Donald Trump with this tweet: “I want to thank everyone who came to my defense last night during my personal Battle of the Bulge with he who must not be named. Your wit and good nature really lifted my spirits; as a newly washed up psycho, I am very grateful for your thoughts and prayers.” But she was just getting started.

Midler then took advantage of the fact that Trump has become obsessed with her tweets. She posted a promotion for the Wear Orange campaign, aimed at raising awareness of gun violence. She added: “Dear Donald Trump, I hope you are enjoying my timeline. I trust I can count on you to wear orange on June 7, and post a selfie? xoBette.” Numerous respondents then pointed out that they’d like to see Trump in prison orange.

Considering how poorly this has all played out for him, we don’t think Donald Trump will be attacking Bette Midler again any time soon. Though at the rate he’s unraveling, nothing is too self-defeating to put past him. In any case, you can find out more about the Wear Orange campaign here.