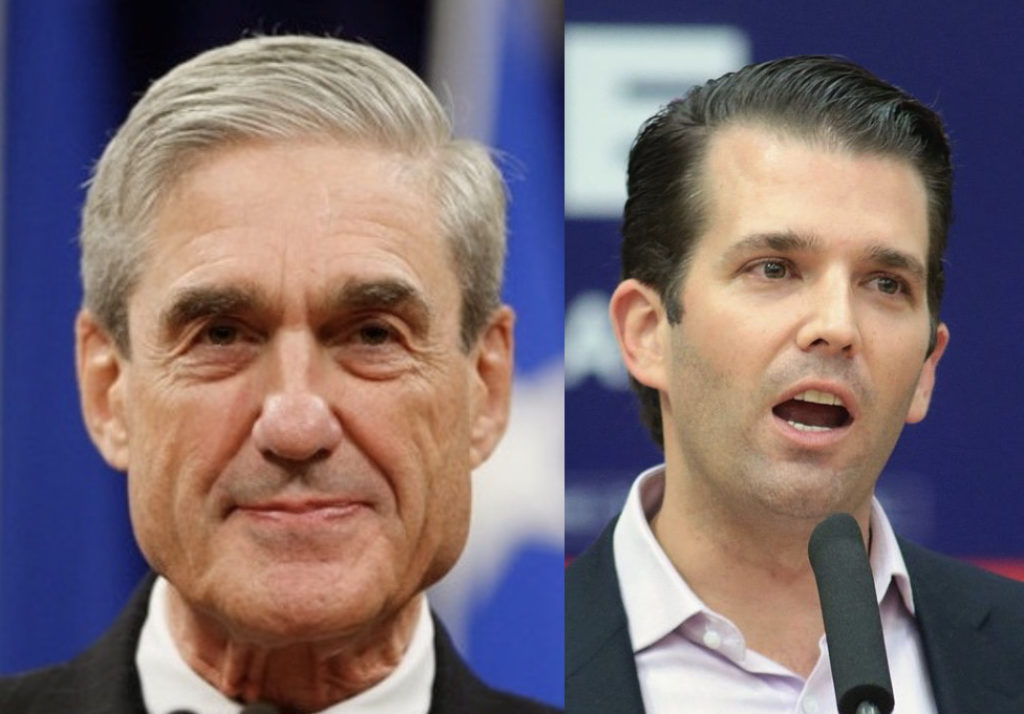 Yesterday, notorious celebrity site Page Six reported that according to sources close to Donald Trump Jr and his wife Vanessa Trump, the two were on the verge of divorce. Today, Page Six is reporting that Vanessa has indeed filed for divorce. Another major breaking story today: Robert Mueller has subpoenaed the Trump Organization, which is now led by Donald Trump Jr, for various documents. Do these two stories fit together?

The timing of these developments has led a number of observers on social media to ask if perhaps Donald Trump Jr is getting divorced in order to shift financial assets to his wife, thus ensuring that his kids will end up with the money even if Mueller ends up seizing all of Junior’s financial assets. That question bites off a lot to chew on. First, we don’t know if this marriage has been falling apart for sometime, or if this is coming out of nowhere. Second, we don’t know what financial records Mueller specifically subpoenaed today, and if they’re the kind that could end up costing Junior everything.

There are, however, a couple of interesting things to note here. Palmer Report checked with a legal adviser who confirmed to us that in general, yes, people do sometimes strategically get divorced ahead of potential asset seizures. In addition, Page Six is run by the New York Post, one of the most Trump-friendly newspapers in the country. It struck us as a bit odd yesterday that it was the one pushing such an invasive and devastating story about the Trump family.

We don’t think there’s enough here to outright accuse Donald Trump Jr and Vanessa Trump of strategically getting divorced to try to fend off Trump-Russia asset seizures. Divorce sucks, there are young kids involved, and this is not a good development one way or the other. But the timing does raise eyebrows. It’s also worth considering the strong odds that Junior ends up in prison for attempting to conspire with the Russian government to alter the outcome of the election.