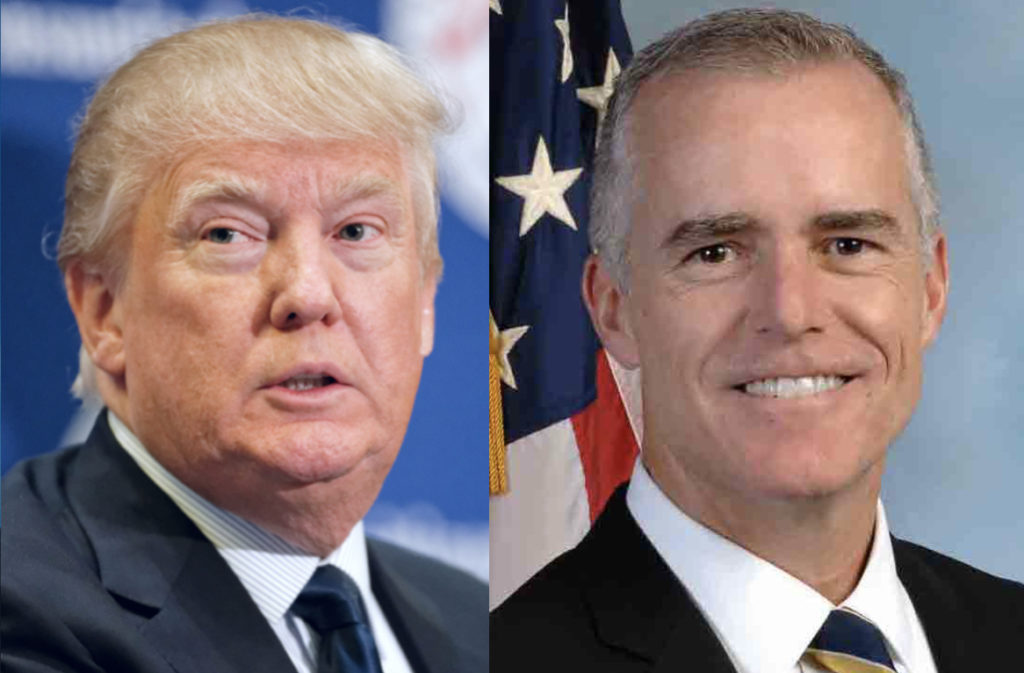 A few months ago Bill Barr’s Department of Justice leaked a story to the media aimed at creating the appearance that former FBI Deputy Director Andrew McCabe had been criminally indicted for his role in exposing the Trump-Russia scandal. The thing was, the tricky wording of the leak appeared to give away that there was no actual indictment, and of course no grand jury would have ever indicted McCabe on such laughably and obviously false charges anyway.

This prompted Andrew McCabe to fight back by going to court and getting a judge to order the DOJ to either show proof of an indictment, or drop the case. Today, the DOJ announced that it’s dropped the case. This means McCabe has defeated Trump and Barr in this matter. The curious timing would also seem to point to something else.

Right now Bill Barr is actively and illegally trying to meddle in the Roger Stone criminal case. Barr won’t actually be able to get Stone a shorter sentence, as sentencing is ultimately at the sole discretion of the judge, and Judge Amy Berman Jackson is a straight shooter. But then Barr was never going to be able to get Trump’s nemesis McCabe indicted either, because nothing works that way.

Now, even as Bill Barr is going on television and essentially whining about how Donald Trump’s tweets are making it harder for Barr to get away with meddling in cases, we’ve got Barr suddenly giving up on the ruse that he was criminally pursuing McCabe. This will be the last thing Trump wants to hear, as he was surely under the illusion all this time that McCabe would somehow end up going to prison. This is a reminder that for all of the brazen villainy on the part of Trump and Barr, they don’t have magic wands and they can’t just get away with whatever they want. They’re just two desperate con artists, each playing their own shell game, and hoping no one catches on that there’s nothing underneath.