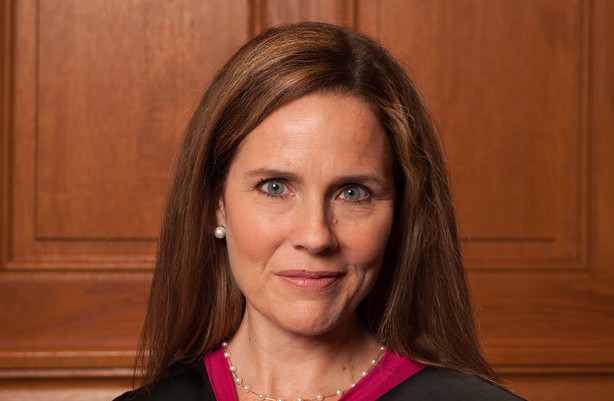 It would seem all anybody is talking about is the Supreme Court. Many listened to the arguments the other day in the Mississippi case, and there is a great deal of chatter going on.

One thing that seemed to stun everybody, including me, is the utter insanity of the lady often referred to as “the handmaid.” Of course, I refer to Amy Coney Barrett. Barrett is so out of touch with the arguments that she might as well be living on another planet.

While speaking, Barrett focused on states’ safe-haven laws — not on a woman actually being pregnant, showing right there she wasn’t focused on the center of what was being argued.

My jaw dropped when Barrett suggested that women now have options while pregnant, including dropping the kid off at the police station or fire department if they do not want to keep the baby.

For those who did not listen the other day, you might be skeptical of what I just wrote. Indeed no Supreme Court Justice would say this.

Well — she would, and she did, and in my opinion, this shows not only a brutal and shocking lack of empathy and (legal fitness), but it shows how out of touch with life this woman is. Barrett seems to come from another century. It truly is like time went backward and brought us — this.

Yet, it is not only her. It gives one a queasy feeling to think of a smug man like Brett Kavanaugh deciding the fates of women. He is proof that “The Handmaid’s tale” is playing out in real time.

If it happens, the women’s vote is ours for the taking. There will be protests. There will be a national outcry. Will there be court reform? Yes, there will, I believe. And we need to win in 2022 to make it all happen. But I do have a (rather playful) idea of increasing voter turnout.

President Biden should buck tradition and name his future Supreme Court Justice nominee before the mid-term elections if Roe is overturned. He should choose a thoughtful and brilliant woman of color. He should select Michelle Obama — and announce his pick to the nation well before election day.

← A second key witness is pleading the fifth – and the January 6th Committee is going to have a field day with itDonald Trump has a Fifth Amendment problem →
Posting....
Scroll To Top