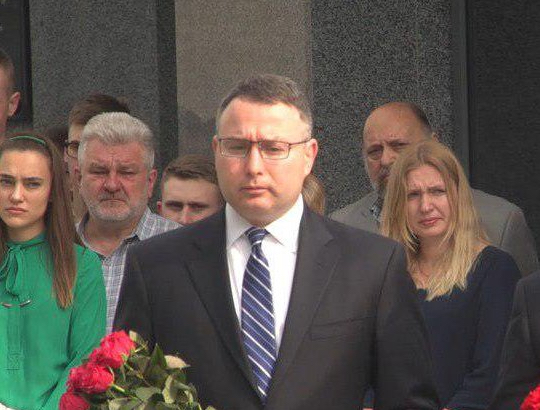 When the news broke last night that U.S. Army Lieutenant Colonel Alexander Vindman was planning to testify today that he personally witnessed Donald Trump’s Ukraine quid pro quo scandal, Vindman was so thoroughly not a public figure, the best photo anyone could find of him was the one that the New York Times tracked down on a U.S. Embassy Twitter feed. But now Vindman is suddenly about to become a household name, and he’ll take his place in the history books. So who is he?

Alexander Vindman served as an infantry officer in the Iraq War, where he was wounded by a roadside bomb, earning him a Purple Heart. Donald Trump will have one heck of a time trying to smear this guy. Vindman is also a Ukrainian immigrant, meaning he couldn’t be a more fitting person to take Trump down for having tried to sabotage the government of Ukraine.

Vindman is an American hero, and not just because he got blown up by a roadside bomb while fighting in a war on behalf of the rest of us, and then stayed in the military after he recovered. Vindman is also an American hero because he’s coming forward as an active duty military officer, and he’s defying a direct (illegal) order from his Commander-in-Chief in the process.

Your grandkids will be reading about Lieutenant Colonel Alexander Vindman someday. His testimony today is going to end up being that crucial to not only Donald Trump’s downfall, but to restoring American democracy as we know it.

← Rudy Giuliani goes berserk in the middle of the night about someone named “Ben Laden”Federal judge kicks the door open for House impeachment testimony →
Posting....
Scroll To Top