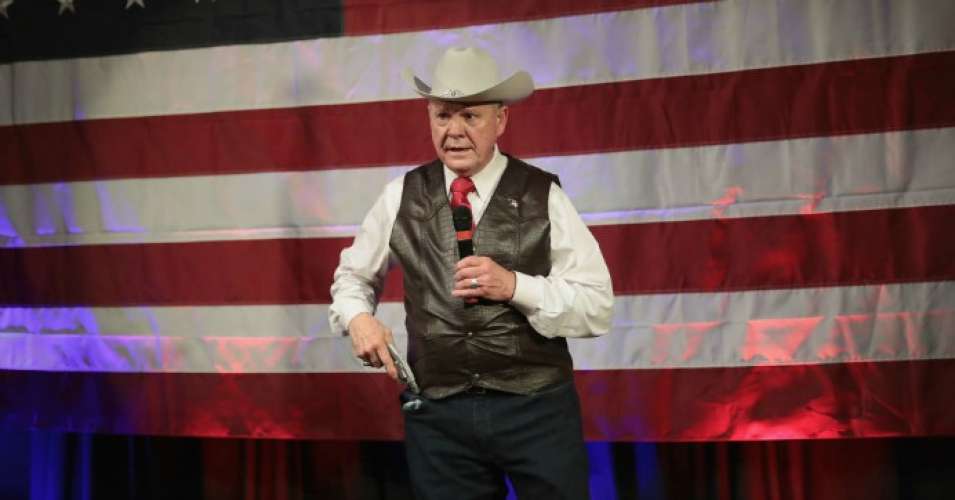 There is always a steady stream of political poll results coming out that test a wide range of important topics. But one new poll result released this week is unusually disturbing. A Mason-Dixon poll asked registered Republicans in Alabama about which potential challengers they prefer to see running against Democratic Senator Doug Jones in next year’s election. The results reveal that the clear frontrunner is none other than the credibly accused pedophile Roy Moore. A whopping 34 percent of the Alabama Republicans polled hold a favorable impression of Moore, with three GOP Congressional representatives placing a distant second, third, and fourth.

As the GOP candidate in the December 2017 special election for former Attorney General Jeff Sessions’ Senate seat, Moore narrowly lost to Jones, making Jones the first Democratic U.S. Senator from Alabama in decades. Alabama, a ruby red state that voted overwhelmingly for Trump in the 2016 presidential election, narrowly rejected Moore only after several witnesses came forward with compelling allegations that Moore harassed and courted teenage girls while he was an adult.

As disturbing as this poll is, there are two silver linings for Democrats. Moore has not yet entered the 2020 Senate race and may well decide against doing so. Only one of the potential challengers tested, GOP Congressman Bradley Byrne (who polled at 13 percent), has actually entered the Senate race.

Also, if Roy Moore chooses to seek the GOP nomination, he may be in for another rude awakening. Although Moore holds the top spot right now, 29 percent of Alabama Republicans view him unfavorably, according to the poll, while the unfavorable ratings of all the other potential challengers tested in the poll did not edge higher than 8 percent. Moore’s unfavorable number would no doubt rise as his scandals rush back into the public spotlight. His best move is to quit while he is behind.